The Government of Burkina Faso has announced the departure of the French military contingent from its territory and has even given Paris a period of one month to complete the withdrawal.

The official news agency AIB has reported the decision of the authorities of the African country for which they denounced the agreement on January 18. The agreement is in force since December 17, 2018.

The Government thus summons the French forces to leave the country in a month as contemplated in the 2018 agreement itself.

The agency points out that demonstrations have been taking place for months to demand the departure of the French military from the country, considering that they are not doing enough to combat terrorist groups. The soldiers are at the Kamboinssin base, northeast of Ouagadougou.

Captain Ibrahim Traoré has governed the country since September 30 and has stated on several occasions his intention to recover “territorial integrity” and “national sovereignty.”

Burkina Faso has generally experienced a significant increase in insecurity since 2015, with attacks carried out by both the Al Qaeda affiliate and the Islamic State, which has caused a wave of internally displaced persons and refugees to other countries in the region. 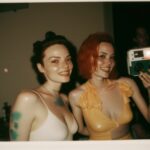