The Burkina Faso military junta confirmed on Monday that it has requested the departure of French troops from the country and has requested “material support” from the “friends” of Ouagadougou to reinforce operations against terrorism in the African country.

“The vision of the transition is that it is the Burkinabe themselves who carry out the sacrifice for the liberation of our territory, the reconquest of the integrity of the territory and the refoundation,” said the spokesman for the transitional government, Jean Emmanuel Ouédraogo. .

Thus, he has indicated that Burkina Faso wants “to have its own means to win the war.” “What we expect from friends is material support,” she pointed out, before stressing that the decision on the French troops “is not related to a particular event.”

Ouédraogo has pointed out that the decision to denounce the military agreement signed with France in 2018 “is part of the normal order of things”, as reported by the Burkinabe radio station Radio Omega.

The words of the Burkinabe government spokesman came after French President Emmanuel Macron asked the leader of the military junta, Ibrahim Traoré, on Sunday for “clarifications” on the decision to give French troops a period of one month to leave the African country. France has some 400 special forces soldiers deployed in Burkina Faso as part of Operation ‘Sabre’.

The measure comes less than a month after Ouagadougou asked Paris to change its ambassador to the country, amid increased bilateral tensions in recent months and a rapprochement between the junta and Russia, a country to which it has asked to “take your place” in Burkina Faso.

Burkina Faso, ruled by a military junta since the January 2022 coup against then-president Roch Marc Christian Kaboré, has experienced increased insecurity since 2015. The junta is now headed by Traoré, who starred in a September riot that was considered a “palace coup” against the hitherto leader, Paul-Henri Sandaogo Damiba.

The attacks, carried out by both the Al Qaeda affiliate and the Islamic State affiliate in the region, have also contributed to an increase in inter-communal violence and have caused self-defense groups to flourish, to which the Burkinabe government has added ‘volunteers ‘. The deterioration of security has caused a wave of internally displaced persons and refugees to other countries in the region. 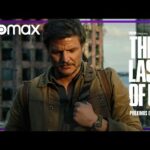