Teresa Ribera Its number one priority is that the European Commission allows it to extend the cap on gas until the electricity market in Europe is reformed. Some claims that Brussels has stopped. The representative of the Spanish Government knows that, if nothing changes, she will only be able to enjoy an extension of the Iberian mechanism from May to December 2023.

“Work is being done, at a technical level, by the European Commission, to assess the possibilities”, explain sources close to the Ministry for Ecological Transition. The Minister for the Ecological Transition and Demographic Challenge, Teresa Ribera, together with her Portuguese counterpart, José Duart, learned first-hand about the position of the European Commission in their meeting last Wednesday with the Competition Commissioner, Margrethe Vestager.

Vestager explained to Spain and Portugal that the time frame of support measures for the war in Ukraine lasts until December 2023. Therefore, and as long as the European Union does not change that time frame, The extension of the cap to the gas with which electricity is produced could only be extended from May (which is when the current one expires) to December 2023. An insufficient scenario for Ribera’s team.

An objective that is sought without, yet, the technicians of the European Commission have approved that the cap on gas remains in force as of May. “A scenario that Spain assumes as perfectly reasonable”detail from the Ministry led by Teresa Ribera.

Brussels has started the negotiations moderating the expectations of the minister, but Ribera is confident that it is the beginning of a process that has the month of May as its horizon. The situation at this moment offers two ways out for the Government. In the first place, the Spanish technicians see it as possible that this temporary framework of aid from Brussels for the war in Ukraine is extended and, therefore, the Iberian mechanism is extended in parallel.

The second way is more complex, although from the Ministry it is considered “perfectly feasible”. This option considers that during the second half of the year, when Spain will hold the presidency of the European Union, make use of its leadership to accelerate the expected structural reform of the electricity market.

The meeting between Spain and Portugal with the Competition Commissioner also served to share the latest data on the effect of the cap on gas. Figures that are valued by both countries as a “success” since its launch on June 15, 2022.

The price of electricity in the Spanish wholesale market is 41% cheaper than in Italy, 35% more than France and 26% more than Germany. A comparison that is made between June 15, the date on which the gas cap came into force, and December 31.

The figure shared by the Government is that, until January 8, the Spanish have saved 4,577 million euros with this measure. And, in 2024 and already with the electoral debate involved, this figure will have multiplied and will be very useful to put it on the table. 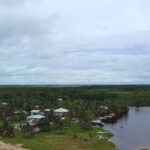