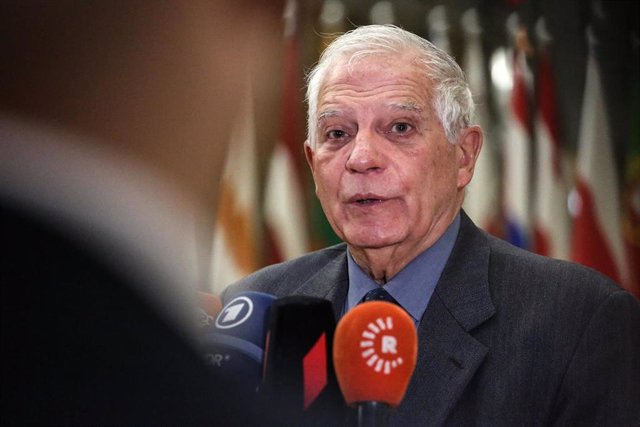 The High Representative for Foreign Policy of the EU, Josep Borrell, in Brussels – Europa Press/Contact/Valeria Mongelli

The High Representative of the European Union for Foreign Policy, Josep Borrell, has assumed this Monday that Germany will not prevent other countries of the bloc from sending tanks to Ukraine, after affirming that this has been transferred by the German Foreign Minister, Annalena Baerbock, during the meeting in Brussels with his European colleagues.

In a press conference after the Foreign Affairs Council, the head of community diplomacy has ironed out the divisions between Member States on the supply of battle tanks to kyiv and has assured that after the discussion of more than 40 coalition countries military that supports Ukraine at the Ramstein airbase, the appointment this Monday in Brussels consisted of an “exchange of views”.

In this sense, Borrell has explained that “the novelty” of this Monday’s debate is that the German headline has indicated that it will not veto the re-export of Leopard tanks. “From what I have understood, Germany is not going to ban exports of these weapons, if any EU country that has them wishes to do so,” she argued.

These words come after Poland announced on Monday that it will formally ask Germany for permission to send ‘Leopard’ tanks to kyiv and has suggested the creation of an alliance of Eastern European countries to supply these military systems.

“Certainly we are going to send the tanks, we will be in contact with the German government for this,” said the Polish Foreign Minister, Zbigniew Rau, in statements after the meeting with his European colleagues in Brussels.

In this sense, he regretted that Berlin’s actions “could be more dynamic and firm” to authorize the re-export of this type of military systems and, without wanting to set deadlines, he has insisted that Warsaw provide its tanks to kyiv and is already in contact with other European countries to forge this military alliance.

For his part, the Spanish Foreign Minister, José Manuel Albares, has called for military support for Ukraine “in everything it needs, at all times” but at the same time not breaking European unity. “Aerating supposed divisions does not help Ukraine at all, it does not make Ukraine’s task any easier,” he assured, although he has not clarified whether Spain will join the coalition proposed by Poland.

“Spain wants there to be no issues that could be divisive. But it has shown that it has supplied Ukraine with what was in our hands and what was necessary for its defense,” stressed Albares, who has asked for “discretion” when speaking of military material like the Leopard. “Allow me to keep a certain reserve and the Ministry of Defense will take care of any announcement that needs to be made,” he said.