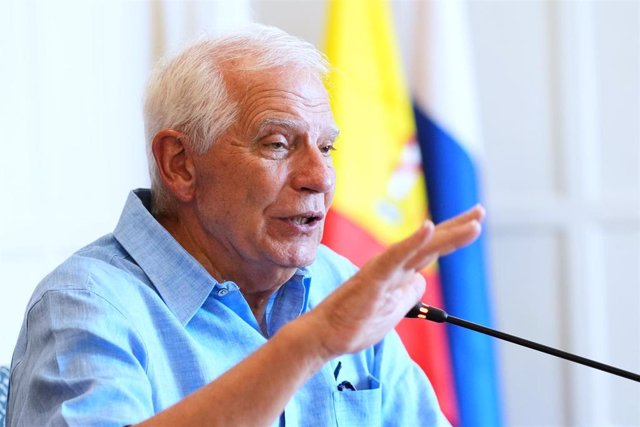 Mali.- Borrell defends the international presence in the Sahel in the midst of a wave of attacks in Mali – Juan Manuel Serrano Arce – Europa Press – Archive

The High Representative of the European Union for Foreign Policy, Josep Borrell, on Wednesday called for unity among the Twenty-seven to address the debate on restricting visas for Russian tourists, an issue that is presented as the next measure of retaliation against Russia for the war in Ukraine but whose adoption creates divisions between the Member States.

“There are different positions and I will work to have unity and a common position. We cannot allow ourselves to be divided on this,” the head of community diplomacy acknowledged in statements from Prague, Czech Republic, where the foreign ministers are holding an informal meeting in the They will deal with the situation in Ukraine, the consequences of the war and the future relationship with Moscow.

Despite the gap between member states, Borrell hopes that the meeting will at least serve to reach a political agreement on this issue. Of course, he gains strength the option of suspending the visa facilitation agreement with Russia, which would be the meeting point between Member States that ask for a total ban and those that claim to be more selective.

In this sense, the Czech Foreign Minister, Jan Lipavski, has pointed to the option of limiting the number of visas and has recalled that the premise of the EU’s visa facilitation agreement with Russia is to promote good relations. “And Russia does not want good relations,” he has pointed out.

For Lipavski, this measure would send a “strong message” to Moscow and directly attack the Russian elite that benefits from the government of Vladimir Putin. As for the differences between the Twenty-seven, he was optimistic about finding a solution that would convince all the European partners and that, in the case of the Baltic countries, would represent a “practical solution” to the situation they are experiencing, receiving thousands of Russian tourists who arrive by road and then travel to the rest of Europe.

If it takes the step, the EU would put an end to the visa facilitation agreement signed with Russia in 2007, which in practice would mean complicating and making the process for obtaining it more expensive as well as increasing the waiting time for it.

RUSSIA Saint Petersburg in danger for a land reclamation project