Bolivia will promote vaccination in schools due to COVID-19 outbreak 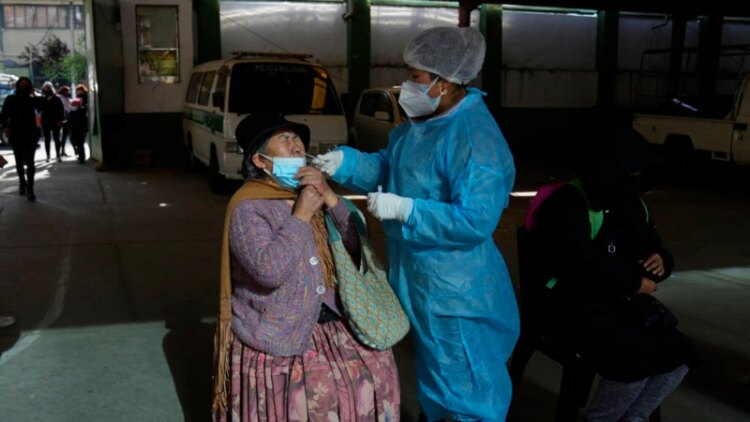 The Bolivian government announced on Wednesday that it will promote vaccination against COVID-19 with mobile brigades in schools in the face of low inoculation in children and young people in the midst of an increase in infections.

“There has been no increase in vaccination and efforts must be redoubled, therefore, this great crusade for vaccination,” Health Minister Jeyson Auza told the media.

The day before, representatives of the nine regions of the Andean nation met and agreed on an action plan to combat the disease because the country is going through a fifth wave and experts predict that its highest peak of infections will be at the end of July.

According to the records of the Ministry of Health, last week the infections reported per day reached 3,011 cases, while on Tuesday 5,733 were registered.

Auza explained that in Bolivia they already circulate new variants of the disease and that are considered to be more transmissible in vulnerable populations.

The inoculation in children and young people varies in the nine regions. In children between 11 and 5 years of age, it has not yet reached 50% and the closest to that percentage of immunized persons (41.1%) is the highland region of Oruro. While in those under 17 to 11 years of age, 53% were inoculated in the same department, according to health authorities.

Schoolchildren are on vacation and are expected to return to class on Monday. However, parents have asked that the recess be extended for another week to avoid contagion. The Ministry of Education analyzes this possibility.

Auza recommended that the vaccination brigades should be ready for the return to school. In other measures, it was ordered that street brigades carry out rapid tests to detect the disease.