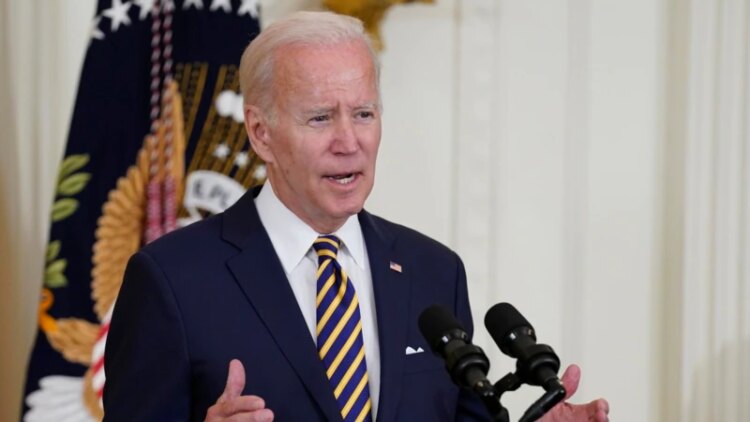 In a televised prime-time address Thursday night in Philadelphia, US President Joe Biden will speak about what White House officials are characterizing as “the battle for the soul of the nation.”

In the speech outside Independence Hall, where the country’s Declaration of Independence was debated and adopted, and where the Founding Fathers wrote the Constitution, the 46th president of the United States will discuss “how our rights and freedoms are still under attack. And he will make it clear who is fighting for those rights, fighting for those freedoms, and fighting for our democracy,” according to the White House.

“It’s amazing that President Biden would go there and give a speech, which is kind of an attempt to draw an overview of where we are as a nation,” said neoconservative political analyst Bill Kristol.

Biden should make the speech, with the midterm elections two months from now amid a highly polarized political environment, “not just a campaign political speech, but really a deeper speech for all Americans,” Kristol said in an interview with the VOA.

“I think it’s appropriate for the president to say, ‘Let’s step back here and be cautious about what we’re risking. And let’s be thoughtful about the way we conduct our politics,’” he said.

Dartmouth University government professor Brendan Nyhan predicts that Biden will use the speech to “raise his party ahead of the midterm elections that Democrats fear could go pretty badly for them. But he is also calling on Americans to push back against the anti-democratic forces that have challenged this country’s political system.

“One of those approaches is partisan. The other is consistent with his role as president, as head of one of the three branches of government. I hope that he can make a sober case for the preservation of our democratic system.”

In recent days, Biden has been rhetorically battling Republican lawmakers as well as his predecessor, Donald Trump, and has harshly attacked the opposition party’s philosophy as “semi-fascism.”

In a speech Monday in Wilkes-Barre, Pennsylvania, which focused largely on gun violence, the president slammed Republican lawmakers who he said have been warning of “blood in the street” if Trump is impeached.

If the former president is impeached for mishandling classified information, “there will be riots in the streets,” US Senator Lindsey Graham predicted on Sunday on a talk show. FoxNews.

But Walter Shaub, former director of the US Office of Government Ethics, said on Twitter on Wednesday: “If Trump is not prosecuted, it will mean the government thinks a former president is above the law, because you or I would absolutely be prosecuted for do what he did.”

Trump, who lost to Biden in the 2020 election, is the subject of a federal investigation. He could face charges of withholding highly classified documents after he left office in January 2021 and related obstruction of justice charges, according to legal documents filed by the Justice Department.

A search of Trump’s property and private club at Mar-a-Lago in Florida by the Federal Bureau of Investigation prompted threats against the bureau’s agents. A man attempted to enter the FBI office in Cincinnati, Ohio, on August 11 before being fatally shot after an hour-long standoff with police.

“It is disgusting to see the new attacks on the FBI, threatening the lives of law enforcement officers and their families for simply following the law and doing their jobs,” Biden said in Monday’s speech in Pennsylvania.

Trump, who is considering another presidential run in 2024, has accused the Biden administration and the FBI of targeting him for political reasons. Before that, Republicans hope in November’s midterm elections to wrest control of Congress from Democrats, who control the Senate and House.

It is unclear if Biden in Thursday night’s speech will mention Trump by name. He accused the former president and his supporters of following an “extreme MAGA philosophy”, choosing to “go backwards, full of anger, violence, hate and division”.

MAGA refers to “Make America Great Again,” a slogan Trump popularized in his successful run for president in 2016.

The stakes are high for Biden’s speech, according to Nyhan, who is also a co-founder of Bright Line Watch, a watchdog group that monitors the state of American democracy.

“I believe that American democracy faces the greatest threat it has seen since we became a full-fledged democracy after the Civil Rights Movement. [de la década de 1960]. We have seen a violent insurrection that attempted to nullify a presidential election, and now we are seeing threats of violence in response to efforts to enforce the rule of law,” Nyhan told the VOA on Wednesday.

“Americans would be very clear about what they were seeing if they saw it in another country. And I think we need to recognize that the threat that we see here at home is significant,” he said.

This week Trump, on his own online social network Truth Social, has continued to falsely insist that he was the true winner of the 2020 election, demanding a new presidential election “immediately”, something that is not possible under the United States Constitution. Joined.

“What former President Trump is asking for would be an extra-constitutional step that would undermine the system of government that we have, especially given that he was defeated in a free and fair election that has been shown to be free of the widespread fraud that he and his allies have falsely claimed,” he explained. Nyhan. “It is very worrying that a defeated president asks to be illegally reinstated in power.”

Kristol agreed, saying that “it is telling that Trump’s rhetoric sidesteps one of our most basic constitutional norms.”

Unlike countries with parliamentary systems, the United States does not have snap elections.

“We don’t have votes of confidence where governments fall, presidencies fall,” said Kristol, who was chief of staff to Vice President Dan Quayle in President George HW Bush’s administration. “We have a presidential system with a four-year term.”

Trump argued that this is justified because the FBI allegedly foiled its own investigation into compromising information contained on a laptop belonging to the president’s son, Hunter Biden.

One whistleblower claims FBI officials directed agents not to investigate the laptop before the 2020 election, saying the bureau was “not going to change the outcome of the election again,” according to Republican Senator Ron Johnson, who this week he sent a letter to the Justice Department’s inspector general demanding that immediate steps be taken to investigate the FBI’s actions or lack thereof regarding the computer.

“Each credible review, including by numerous judges, many of whom were appointed by Trump himself, repeatedly and emphatically rejected the Trump campaign’s claims,” ​​Nyhan said. “There is simply no credible case against a Joe Biden victory.”

in Nowshera, the victims struggle to survive