Biden bets on clean energy without declaring a climate emergency 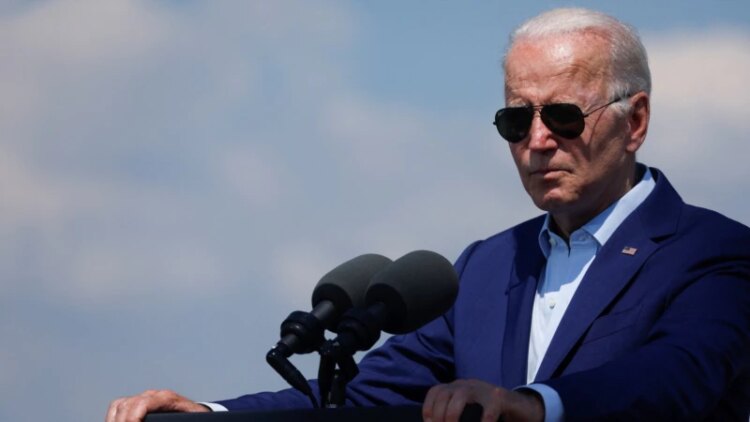 US President Joe Biden unveiled new executive measures to deal with extreme weather on Wednesday during a visit to Massachusetts, without declaring the federal emergency that many Democrats had urged.

“Let me be clear, climate change is an emergency,” he assured during the presentation of an investment plan for wind energy. “Climate change is literally an existential threat to our nation and to the world.”

However, the president did not declare the emergency that both Democrats and environmental groups had been demanding in recent weeks, especially in the face of the heat wave that is hitting these days especially to Europebut also to other areas of the planet.

Allocation of additional funds to a community aid program to expand flood control, reinforce local public services, as well as work to modernize buildings are some of the measures announced this Wednesday by President Joe Biden, during his visit to a central power plant in Brayton, on Point in Somerset, Massachusetts.

Once home to a highly polluting coal facility, it now produces wind power.

“The damage is already being done and this crisis affects all aspects of daily life, which is why today I am making the largest investment in history, 2.3 billion dollars to help communities across the country build infrastructure designed to deal with the full range of disasters we have seen so far. Extreme heat, droughts, floods, hurricanes, tornadoes,” the president announced.

White House climate adviser Gina McCarthy told reporters on Air Force One that Biden’s new executive actions will include funding from the Federal Emergency Management Agency (FEMA) to help states to build cooling centers that deal with excessive heat and other impacts of climate change.

The $2.3 billion funding for FEMA is the largest ever awarded to its Building Resilient Communities and Infrastructure program, the White House said.

McCarthy said Biden will lay out more executive action on climate in the coming weeks.

* With the collaboration of Celia Mendoza, VOA journalist, from New York.

With the end of the parliamentary majority for Draghi, Italy is doomed to early elections

Minecraft 2022: guide and download link for PC, smartphones and consoles