The President of the United States, Joe Biden, received the Prime Minister of Japan, Fumio Kishida, at the White House this Friday with a message of “firm support” for the new and reinforced military policy announced at the end of last year by the Government Japanese, designed to counter the expansion of Chinese influence in the Indo-Pacific region.

“I want to make one thing very clear: the United States is completely, totally and utterly committed to its alliance with Japan,” Biden greeted in his first appearance with the prime minister, who arrived accompanied by a delegation made up, among others, of his National Security Adviser Takeo Akiba.

The vice president of the United States, Kamala Harris, also applauded the new Japanese military strategy during the working breakfast held with Kishida just after landing his flight from Japan.

Kishida presented in mid-December what is considered the most ambitious strategic security review since World War II, one that could anticipate a radical turn to a historical policy limited to national “self-defense”, and by which the Japanese forces they would end up able to launch counterattacks outside their borders.

This new initiative, which could require an increase of up to one hundred percent of the annual Japanese Defense budget, comes at a time when Japan declares itself threatened by the growing military influence of China –who has already repudiated this document– in the regional waters and North Korea’s ongoing ballistic tests.

President Biden, also radically contrary to China’s expansionist interests, has assured that the meeting with Kishida comes at a “remarkable moment” in relations between the two countries. “I don’t think there was a time before when we were closer to each other,” he said in comments released by the team of international correspondents and envoys in Washington DC.

Kishida, for his part, explained that his decision to increase defense spending has been given “by the complex security environment, full of challenges” that his country is currently facing in the region, among China’s ambitions and the latest ballistic tests by Pyongyang. 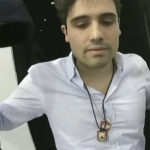 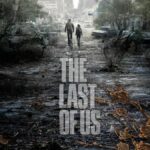