Before the general audience, the meeting with the All-Ukrainian Council of Religious Organizations on the day that concludes the Octave of Prayer for Christian Unity. The reflection on Jesus as a teacher of the announcement in catechesis. On the eve of Remembrance Day, a warning: “The Holocaust cannot be forgotten or denied.”

Vatican City () – Unity between religious denominations “is a concrete testimony of peace in a country suffering from war.” This is how Pope Francis expressed himself when receiving a delegation from the All-Ukrainian Council of Churches and Religious Organizations, which includes Catholics, Greek Orthodox, Jews and Muslims. The meeting was held today, when tonight the pontiff will close the Octave of Prayer for Christian Unity in the Basilica of Saint Paul Outside the Walls. It was the occasion to once again show his closeness to the country devastated by the war and the role of bearers of peace that religions are asked to play in this great tragedy.

“I am with you,” he wrote in the speech delivered to those present, “in closeness and support for families, children, the elderly, the sick, the weakest people. I am with you in defense of the rights of the faithful of all religious communities, especially those who suffer abuse and persecution. I am with you in your efforts to help those imprisoned and detained for political reasons. I encourage your efforts to restore respect for all the principles and norms of international law and fundamental human rights. And I consider it a grace from God that all these initiatives are decided and carried out together, as brothers.”

“I thank you for this unity of yours – he added in passing -, this for me is a great thing, like the children of a family who are one here, another there, but when their mother is sick they are all together”.

During the catechesis with the faithful in the Paul VI Hall, the Pontiff continued the cycle of reflections on the passion for evangelization, stopping at Jesus as the teacher of the proclamation. Commenting on the first and very brief “sermon” in the synagogue of Nazareth (Lk 4,21), Francis stressed how the first element he spoke of is joy: “When it is missing – he commented – the Gospel does not pass, because it is a good news, news of joy. A sad Christian can speak of beautiful things, but everything is in vain if the message he transmits is not joyful”.

That is why Jesus, quoting the prophet Isaiah, also says that he was sent “to proclaim freedom to the captives”. “Whoever announces God – Francis stressed – cannot proselytize, cannot pressure others, but lighten them: not impose burdens, but alleviate them; bring peace, not guilt. Of course, following Jesus implies asceticism, sacrifices; but those who bear witness to Christ show the beauty of the goal more than the fatigue of the road. It will have happened to us to tell someone about a beautiful trip we made: we will have talked about the beauty of the places, what we saw and experienced, not about the weather how long it took us to arrive and the queues at the airport”.

Another sign of which he speaks is bringing “sight to the blind”: to evangelize is to give “the light of filiation. With him life is no longer a blind advance towards nothingness, it is not a matter of luck or fortune, it is not something that depends on chance or the stars, not even on health and finances, but on the love of the Father, who cares for us, his beloved children”. And then the healing of those who “set free those oppressed” by sin. Announcing the Gospel”, the Pope pointed out, “means saying: ‘Brother, sister, I do not have answers to your many problems, but Jesus knows you and loves you, he can heal you and ease your heart.'” Because “the announcement of Jesus it must always carry the astonishment of grace that, even through us, does unpredictable things. God’s surprises”. He did not forget that this word -says the teacher of Capernaum- is addressed first of all to the poor: “We often forget about them, and yet they are the recipients explicitly mentioned by Jesus, because they are the chosen of God”.

Finally, in his greeting to the faithful, Pope Francis recalled the appointment of the Day of Remembrance of the Shoah, which is celebrated on January 27. “The extermination of millions of people, Jews and other denominations, cannot be forgotten or denied,” he warned, “there cannot be a constant commitment to build brotherhood together without having first dissipated the roots of hatred and violence that fueled the horror of the Holocaust”. 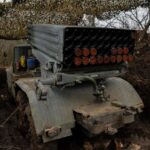