The Belgian authorities have confirmed this Friday the deportation to Morocco of the imam Hassan Iquioussen, after being arrested in the country after fleeing France, where he is accused of “encouraging violence, hatred and discrimination”.

“The hate preacher Iquioussen was sent back to Morocco today. There is no place for foreign extremists in our country,” the Belgian Secretary of State for Asylum and Migration, Nicole de Moor, said on her Twitter profile on Friday.

A Moroccan national, the imam, who maintains alleged ties to the Muslim Brotherhood, is one of the most followed religious figures by the Muslim community in France, with more than 170,000 subscribers on his YouTube channel and almost 43,000 on Facebook.

The President of France, Emmanuel Macron, announced in 2020 a new plan against “Islamic separatism” in the country, for which he was identified as directly responsible, and for which he introduced an extension of the ban on the use of the headscarf, the tightening of controls on Muslim associations and changes in the school system and Islamic training. 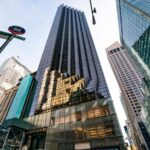