“What we have achieved is because we have done it together […]. We can never been a Ihas always been conjugated in the plural, has always been a we and that is why we have to continue taking care of that we”. The Minister of Social Rights and Secretary General of Podemos, Ione Belarra, has pronounced these words in an act in Zaragoza this Saturday to launch an appeal for the unity of the progressive space, to vindicate the formation that leads and to predict that it will only be possible to change certain things if that force is the “majority” in the Government.

Podemos held this Saturday in the Aragonese capital an act for its ninth anniversary, in which the main figures of the party in that region have been, such as the candidate for the Presidency, Maru Díaz, or the candidate for Mayor, Fernando Rivarés. In addition to Belarra, the parliamentary spokesman for Unidas Podemos, Pablo Echenique, who was the first secretary general of the party in that community and achieved third position in the elections in 2015, with 20% of the votes and little by little, has also attended there. more than 5,000 PSOE ballots. Above all the speeches he has planned the anniversary and a question: how to continue transforming society from future governments.

“There are some changes that will only come if we are the majority force in the Government,” Belarra predicted in his speech, in which he cited some: finally approving the housing law, unblocking the Judiciary with a change of majorities in Congress, a different management of Radio Televisión Española. But all this, said the leader of the formation, can only be possible from the unit, a word that she has not used literally but that is clear from her words: “What we have achieved we have done together”.

The Minister of Social Rights and the 2030 Agenda has claimed that “all the efforts” of her party, “from the circles to the municipal governments”, have been made “together”. “We can has never been a Ia plural has always been conjugated, it has always been a us and that is why we have to continue taking care of that we. If there is a partner who falls, help him. Let’s take care of and protect the relationship with the social movements”, Belarra said in full tension over how the progressive space is being reconfigured under the leadership of the second vice president, Yolanda Díaz, who is preparing her Sumar platform to unite all the formations to the left of the PSOE.

Belarra has defended what has been achieved in recent years by Podemos and the coalition with Izquierda Unida in the Government as a mirror to warn of the dangers offered by the right-wing alternative. “We are going to see a resurgence of the coup strategy of the right. What we saw a few weeks ago with a judicial coup is a shame, a savagery, it is a coup, it must be called by its name ”, he warned. According to his analysis, the world is facing a very “powerful” “reactionary international”, which takes the form of the anti-abortion demonstrations in the United States or the measures proposed by PP and Vox in Castilla y León.

To stop this “coup” strategy, the leader of Podemos considers that there are two options currently at stake. The one of its partners in the Government, the PSOE, which “intends that things stay as they are”, or the one that embodies its space, “which says that the right is stopped with more rights, advancing.” “It is important that in the face of the new electoral cycle we tell people that what has been done depends a lot on who has done it,” he pointed out, to recall that in the Government of Aragon, for example, “there are six times more students with a scholarship” than in the previous stage. “The Government of Aragon has done that because Maru Díaz was inside, because Podemos was there,” she maintained.

For this reason, it has asked the majority partner of the Government to continue implementing changes to improve people’s lives and as a main priority to intervene in the food market, in line with the proposal that Podemos launched this week to set a ceiling on the prices of a basket basic and that they remain at the level prior to the start of the war in Ukraine.

“It is indecent that there are large distribution chains and supermarkets such as Carrefour or Mercadona that are making gold as a result of the economic crisis derived from the war in Ukraine,” said Belarra, who has called the owner of Mercadona, Juan Roig, “ruthless capitalist”.

“Podemos has shown that it is the visible hand of the market, that it can protect people in the most difficult moments; That is why we continue to defend a great public intervention to cap prices and so that people can live better ”, he reiterated.

The act of Podemos is part of a tour that the formation carries out through different territories to claim itself as “the force that transforms”, the motto they have formulated for this new political cycle prior to the electoral campaign of the municipal and regional elections in May. The progressive formation tries to vindicate, precisely now that they are nine years old, the transformations that they have achieved in this time. “Some achievements that we were told were impossible. This is the political force that put an end to bipartisanship in Spain, a system on duty that they told us would always be there. We managed to throw out M. Rajoy de la Moncloa and the most corrupt government party. It is a more than satisfactory service sheet and quite impressive in these nine years of Podemos”, Belarra has summarized.

The leader of Podemos, however, believes that the main milestone that her formation has achieved is having “inaugurated” a political culture that for the first time from the left has a “will to power.” “Precisely because we have grown up in a culture accustomed to losing, what we have done is so important: defending and leading to the ultimate consequences that people who think like us also have the right to sit in the Council of Ministers and exercise power”, has said the minister, who has highlighted, secondly, the ability of the members of her party to “resist media harassment”. “It only took three days to finish off the opposition leader, Mr. Pablo Casado. A small withdrawal of the media forces is enough for Vox to start going down in the polls”, Belarra has summed up to oppose the resistance of his party against the “accusations, lies, hoaxes and hatred” of recent years.

Without that capacity for resistance, he has argued, it would have been very difficult to carry out some of the main proposals that the Government has implemented over the years and that Podemos defends that they would not have been made without them in the team of ministers. “We were the ones who proposed that the Minimum Interprofessional Wage be raised and we resisted all the media saying that the economy was going to collapse; those of us who proposed the cap on gas that now everyone pokes at when they called us demagogues and asked us not to get involved in such technical things; Today Spain is the country with the least inflation in the Euro zone thanks to the proposals of Podemos ”, he has claimed.

“With all due respect to those who preceded us, Podemos is the transformative force that has achieved the most since the recovery of democracy. It is not podemite pride, they are facts. It is also podemite pride”, Echenique had sentenced minutes before in his speech, who has looked back to remember when, nine years ago, Pablo Iglesias, a few days before launching Podemos, visited Aragon to begin deploying force at the territorial level . “Zaragoza was the first city that Pablo Iglesias came to after launching Podemos. That night I met him and we talked for the first time. A year and a half after that event, in May 2015, it was in Aragon where we obtained the best regional result in all of Spain”, he recalled to predict that the electoral cycle that is coming now will also be “determining”. 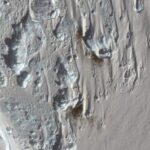