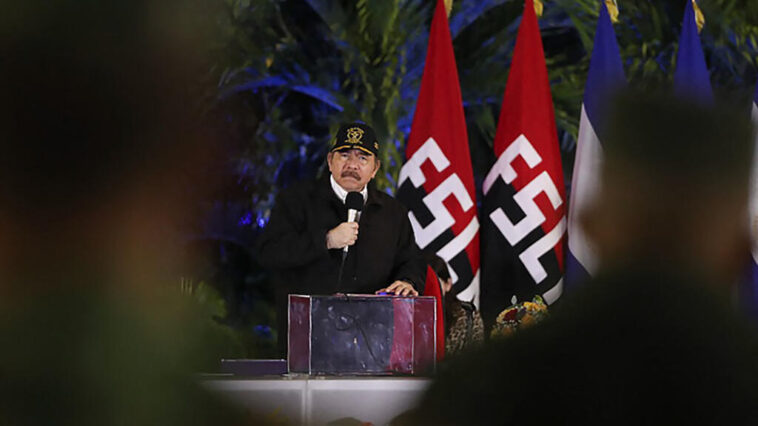 Among the most recent cases of rejection of internal dissidence, the Justice initiated the process against a priest and found part of the family of an opponent guilty of “treason against the homeland.” The security forces also raided the headquarters of the NGO Permanent Commission on Human Rights.

The Government of Nicaragua, based on a criminal proceeding, completed the first procedures to prosecute the priest Benito Enrique Martínez, who pronounced the already renowned words “out with the murderous couple”, in reference to President Daniel Ortega and his wife, Vice President Rosario Murillo.

The incident occurred in front of a group of university students.

Enrique Martinez is 64 years old. His arrest was not the only one that has involved representatives of the Catholic Church. It was the ninth recorded arrest of a parish priest in the past year.

As usual, the priest Benito Enrique Martínez Gamboa was accused of “conspiracy to undermine national integrity, in a false news contest.” https://t.co/7U5y1F3CTv


Benito Enrique Martínez is accused of allegedly conspiring to “commit damage to the national integrity in a contest of false news in perjury of the State.” The information was known through the Judiciary of the Central American country.

Relatives of a Franco-Nicaraguan opponent, found guilty of “treason against the homeland”

Three relatives of opposition member Javier Alberto Álvarez Zamora were sentenced for various crimes that can be considered as acts against the integrity of the State. The defendants were the wife, daughter and son-in-law of Javier Alberto.

The particularity of this case is that the two women, Jeannine Horvilleur Cuadra and Ana Carolina Álvarez Horvilleur, have French nationality, in addition to Nicaraguan citizenship.

The crimes for which they were accused and tried are: conspiracy to undermine national integrity and propagation of false news to the detriment of the State and Nicaraguan society. The Nicaraguan Public Ministry is asking for eight years against the women, while the son-in-law, Félix Roiz Sotomayor, could be sentenced to ten years. The verdict will be known on January 26.

Stopped arbitrarily, played secretly…they are victims of the repressive regime of #DanielOrtega.

This situation is unacceptable! pic.twitter.com/jcFQRX7Esh


Javier Alberto Álvarez Zamora’s reaction was immediate. “They are not able to have empathy for people. They cannot accept that there are people in Nicaragua who think differently from what they think,” he said, referring to the government.

Zamora was a member of the Sandinista National Liberation Front. He collaborated with this movement until he decided to flee into exile.

The French State has expressed “enormous concern” for the two citizens, in addition to demanding that the Nicaraguan Government disclose the conditions of their detention and the state of health of both. Paris also stressed the “insistent” reiteration to the authorities so that the detainees have access to consular assistance.

NGOs, another open front in Nicaragua

As an alleged “robbery” the NGO Permanent Commission on Human Rights announced the raid of its offices by local police in Managua, the capital. The entity accused the government of the act, which it describes as a “dictatorship.”

The organization is dedicated to ensuring and defending compliance with human rights in Nicaragua and is one of the many that the National Assembly has stripped of their legal status.

The CPDH denounced that this Thursday at least four riot patrols seized the offices where they operated in Managua. https://t.co/lI5cLaT0Ll


“We denounce that the Sandinista regime, led by the dictatorship of Daniel Ortega and Rosario Murillo, through the Police as the main instrument of violence and repression against human rights defenders and the people of Nicaragua, has carried out the robbery of our offices in Managua”.

Almost all the members of the non-governmental organization are in exile. Only one person remains in the country and detained by the authorities: María Oviedo, a human rights defender.

The figures show that up to September of last year about 1,500 NGOs have been banned. 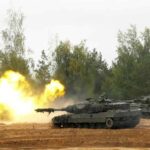