In an audience in the Vatican, he received the formators and students of the seminary for the clergy of the mission territories. “One is a credible missionary not because of the habit he wears, but because of his style of simplicity and sincerity.” The President of the Pontifical Mission Societies, Bishop Dal Toso, was appointed apostolic nuncio in Jordan.

Vatican City () – “Enter the school of ‘dialogue martyrs’ who, even in some of their own countries, bravely followed this path to be builders of peace.” This is the invitation that Pope Francis addressed this morning to the students and trainers of the Pontifical Urban College. This international seminary in Rome has been in charge since 1627 of the theological and pastoral deepening in the formation of the clergy for the so-called “mission” territories. “An important intuition” as the pontiff described it, and still valid today for the entire Church “called today to a ‘pastoral and missionary conversion’ even in the formation of future priests.”

In his speech, the Pope focused in particular on some characteristics that must be taken care of in the formation of future missionaries. First of all, the “courage of authenticity”. “Our closeness to God and to our brothers and sisters – he commented – is realized and reinforced to the extent that we have the courage to shed the masks we wear, perhaps to appear perfect, impeccable and obliging. One is a credible missionary – he added -, not by a habit that is carried or by external attitudes, but by a style of simplicity and sincerity.

On the other hand, the Pope resumed the invitation to cultivate the “capacity to get out of oneself”, so as not to “worship a God who is nothing more than a projection of our needs”. “They have an opportunity to do that right now in community life, especially in a formation community as rich and varied as theirs, with so many cultures, languages, and sensibilities.” A “great gift” this encounter between peoples and cultures, which educates to the challenge of fraternity. “Our world and also the Church – he added – need witnesses of fraternity: that you can be like that, now and when you return to your dioceses and your countries, often marked by divisions and conflicts. And also witnesses of joy: joy of the Gospel that fills the life of the community of disciples”.

Finally, for the pontiff, a third essential characteristic of the missionary disciple is “openness to dialogue.” In the first place to dialogue with God in prayer, which is also an exodus of our self to welcome Him. And then to fraternal dialogue, in a radical openness to the other”. “Jesus – the Pope concluded – has shown us by becoming man, embracing the dramas, the questions and the expectations of suffering humanity in search of peace. The world needs dialogue, it needs peace. And he needs men and women who will be the witnesses of him.”

In addition, the Vatican Press Office announced today that Pope Francis has appointed the current assistant secretary of the Dicastery for Evangelization, Monsignor Giovanni Dal Toso – who is also president of the Pontifical Mission Societies – as the new apostolic nuncio to Jordan with residence in Amman. With this appointment, the figure of the apostolic nuncio in Jordan is distinguished for the first time from that of the nuncio in Iraq. 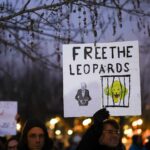