Sabuj Bernard Gosal had disappeared on September 28. Despite complaints to the police, a few days later the mutilated body was found. They arrested a Muslim who worked in the same factory. More than 100 Christians demonstrated yesterday asking for protection for religious minorities.

Gazipur () – Sabuj Bernard Gosal disappeared on September 28: his family had filed a complaint when he did not return home from work. He was a Catholic, 35 years old, and worked as a laborer at Purbachal Apparel, a garment factory located in Panjora, Nagari Parish.

The day after his disappearance, the family received a ransom request of 1.5 million taka (more than 15 thousand euros). The police were immediately alerted, but a few days later they found the mutilated body and six other body parts scattered around the factory where he worked.

Yesterday more than 100 Christians protested the murder of Sabuj. “We have never seen such a gruesome murder. We want an exemplary punishment for the murderers”, said Father Joyanto Sylvester Gomes, parish priest of Nagari.

Sabuj’s father, Amollo Rozario, told the press that if the police had taken immediate action, his son would still be alive: “We made the complaint as soon as we received the call from the kidnapper, but they did not do anything concrete, that is why we lost our son. They only took the case into consideration due to pressure from Christian leaders.”

Farjana Yesmin, deputy police superintendent of Kaliganj, Gazipur, said he was working on the case: “We are investigating. All the culprits will be arrested and punished. The police are not negligent when it comes to killings. We have already arrested Sahin, who “He is the main culprit and the accomplices will soon be arrested.”

Bangladesh is a majority Muslim country. Christians and members of other religious minorities are often targeted for persecution. 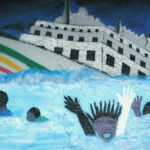