() — High prices have caused an increase in attempts to introduce eggs into the United States from Mexico, according to border authorities.

San Diego Customs and Border Protection (CBP) officials have seen an increase in the number of attempts to smuggle eggs across the US-Mexico border, according to a tweet from Director of Field Operations Jennifer De La O.

“The San Diego Field Office has recently noted an increase in the number of eggs intercepted at our ports of entry,” De La O wrote in Tuesday’s tweet. “As a reminder, raw eggs are prohibited from entering the US from Mexico. Failure to declare agricultural items can result in fines of up to $10,000.”

Bringing raw eggs from Mexico to the United States is illegal due to the risk of bird flu and Newcastle disease, a contagious virus that affects birds, according to Customs and Border Protection.

In an emailed statement to , Gerrelaine Alcordo, a public affairs specialist for Customs and Border Protection, attributed the increase in egg smuggling attempts to the rising price of eggs in the United States. An outbreak of deadly bird flu among US chickens sent the price of eggs soaring, which rose 11.1% from November to December and 59.9% annually, according to the Bureau of Labor Statistics.

The increase has been registered at the Tijuana-San Diego border crossing, as well as at “other points on the southwest border,” according to Alcordo.

In most cases, travelers bringing eggs have declared them when crossing the border. “When that happens, the person can leave the product without consequences,” Alcordo said. “CBP Agriculture Specialists will collect and then destroy the eggs (and other prohibited food and agricultural products) as is the routine course of action.”

In a few incidents, travelers did not declare their eggs and the products were discovered during inspection. In those cases, the eggs were seized and the travelers received a US$300 penalty, Alcordo explained.

“Penalties may be higher for repeat offenders or commercial size imports,” it added.

Alcordo insisted on the importance of declaring all food and agricultural products when traveling.

“While many items may be allowed, it is best to declare them to avoid potential fines and penalties if they are deemed prohibited,” he said. “If declared and found to be prohibited, they can be abandoned without consequence. If they are not declared and then discovered during an examination, the traveler will be subject to penalties.” 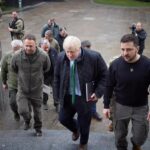