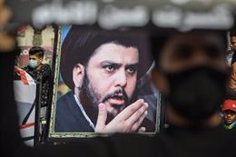 At least one dead and three injured after an explosion with an explosive device against a car of the Popular Mobilization Forces (FMP), made up mostly of Shiites, in the town of Tarmiya, north of the capital, Baghdad.

This comes after the FMP has announced the neutralization of five members of the Islamic State, including the leader of the Nineveh sector as a result of an ambush in the Abu Saif area, south of Mosul, according to the news agency. INA.

The mountainous areas of Nineveh have been the scene of an increase in Islamic State operations in recent months, despite operations launched by Iraqi security forces.

Iraq declared in December 2017 the “end of the war” against the Islamic State, although the jihadist group has continued to carry out attacks on an almost daily basis in different parts of the country, including the capital and its surroundings.