At least 76 people arrested for the protests in the capital of Malawi, Lilongwe 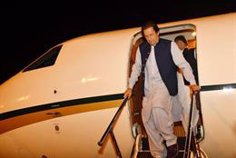 Malawi Police have arrested 76 people this Wednesday for protests against the judiciary that have blocked roads, looted shops and thrown stones at vehicles in the country’s capital, Lilongwe.

The government spokesman, Gospel Kazako, has described the protests as acts of anarchy and has warned that such acts will not be tolerated, as reported by ‘Malawi 24’.

Likewise, the spokesman for the Lilongwe Police, Hastings Chigalu, has stated that the detainees are accused of illegal assembly, contempt of court and incitement to violence. Among those detained are the leaders of Human Rights Ambassadors, the group that organized the protests.

The demonstrations were intended to protest against the selective justice of the judiciary. However, some businessmen obtained a court order against the protests the day before, arguing that the organizers must first give guarantees that the protests would be peaceful.

Despite the aforementioned court order, the protesters have gathered at the Lilongwe Community Center, where the police have dispersed the protests with tear gas.

Chigalu has claimed that enough officers have been deployed on the streets in an attempt to restore order.

WhatsApp already allows you to transfer chats from Android to iOS and vice versa: this is how it is done