At least 50 women were kidnapped between Thursday, January 12, and Friday, January 13, in the Burkinabe department of Arbinda, in the north of the country, at the hands of suspected terrorists.

According to what local sources have detailed to the newspaper ‘L’Observateur Paalga’, 41 women were kidnapped on Thursday morning when they went to the mountains, four kilometers from the city, in search of leaves and edible fruits.

A day later, a second group made up of fifteen women –and who were not informed of the incident the day before– suffered the same fate under the same circumstances.

Of the total number of women victims of the kidnapping attempt, only five managed to escape from the hands of the alleged terrorists, three from the first group and two from the second, according to the aforementioned newspaper.

The Burkina Faso Army has launched a search to find the whereabouts of the women, although so far it has not found the place where the hostages are.

The department of Arbinda, in the province of Soum, has been under a terrorist blockade for several weeks, with repeated clashes between the forces of the Burkina Faso government and said armed groups.

The attacks, carried out by both the Al Qaeda affiliate and the Islamic State affiliate in the region, have also contributed to an increase in inter-communal violence and have caused self-defense groups to flourish, to which the Burkinabe government has added ‘volunteers ‘ to help in the fight against terrorism. 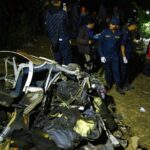 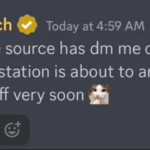