Xbox promised that 2023 would now be the year of Xbox, after a short release schedule in recent months. However, the year did not start well at all, as reports indicated that one of the company’s most anticipated games, redfall, apparently had been delayed internally. But there is good news, because the game apparently already has a release date.

The last thing Xbox and Bethesda revealed about their upcoming FPS game in terms of its release date was in mid-2022, when they announced that the game had been delayed and would not release that year, but rather in mid-2023. It would be worth almost every possible week in this margin and that the game would arrive shortly before July.

When will it be ready redfall?

The release date remains a secret, but information about this has just emerged from well-known leakers, detailing the opening day.

The first to reveal the supposed release date was the filter and streamer eXtas1s, who through his Twitter account mentioned that “it can already be confirmed” that redfall will debut on May 2, 2023. If you don’t know this leaker, you should know that he was also one of those who talked about Overdose, one of Kojima Productions’ upcoming projects. Even so, you may have some doubts about the veracity of the information from this leaker.

Well, a short time later, the journalist and informant specialized in Xbox Brad Sams appeared on the scene, who shared a message (which he subsequently removed) in which, through emojis, he supported what the previous leaker said: redfall would arrive on May 2, 2023.

In case you missed it: redfall would have Early Access.

All this coincides with the development around redfall. At the end of October, it was rumored that redfall It would arrive in March 2023, but it would have suffered an internal delay of 6 weeks, so it would debut between April and May 2023.

All this has made fans speculate that they are waiting for the ambitious Starfield, also scheduled for the middle of 2023. It is not normal for high-caliber games to debut in the same month and Xbox cannot afford that luxury when something that it suffers from is few releases. That said, some fans have imagined the possibility that Starfield arrive in March or April, but the most realistic think that it will be ready until June.

Of course, we invite you to take this information as something off the record, since neither Xbox nor Bethesda have announced a release date for redfall. We will keep you informed.

You are waiting redfall? Tell us in the comments.

redfall It is in development for Xbox Series X | S and PC, but does not yet have an official release date. You can find more news related to him if you visit this page. 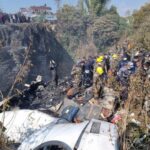