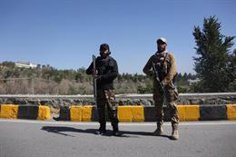 Up to 15 NGOs and Human Rights organizations have signed a letter addressed to the Bahraini authorities requesting the release of the activist and academic Abduljalil al Singace, who has been imprisoned in the country since 2011, as he is serving a life sentence for his role in the peaceful protests. calling for democratic reforms in the country in 2011.

“We, the undersigned, write to you about Abduljalil al Singace, an imprisoned academic, activist, and blogger in Bahrain whose health is rapidly deteriorating. We respectfully urge you to secure Al Singace’s immediate and unconditional release,” the organizations have requested. a joint statement.

They have also requested that the activist receive adequate medical care, be protected from torture and other ill-treatment, and that his academic work be transferred to his family.

Among the signatories of the letter are Amnesty International, Humand Right Watch (HRW), the Bahrain Institute for Rights and Democracy (BIRD), the European Center for Democracy and Human Rights (ECDHR) or the Committee for the Protection of Journalists (CPJ).

“Al Singace, 60, has been on a hunger strike for a long time and has post-polio syndrome and many other health conditions. He is being denied proper medical care,” the family said in statements collected by HRW.

“The Bahraini government must immediately allow him to receive essential medical care and restore the dignity he deserves,” he added.

On his return from London with his family, Al Singace was arrested at Bahrain International Airport on August 13, 2010.

When the Arab spring broke out in the country, the government authorities released him on February 24, 2011. However, he was soon arrested again 21 days later on March 17, 2011. Since then, Al Singace has remained in arbitrary detention.

In November 2011, the Bahrain Independent Commission of Inquiry documented in a report that police subjected the activist to nightly beatings for two months while he was held in solitary confinement.

The commission said authorities attacked his disability by confiscating his crutches, making him “stand on one leg for prolonged periods” and pushing his crutch “into his genitals,” as reported by HRW.