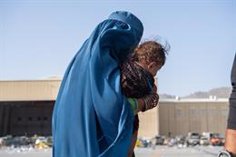 The United Nations Mission in Afghanistan (UNAMA) announced this Sunday that more than 120 people have died or been injured as a result of the explosions recorded in recent days in Afghanistan, and has urged the Taliban to provide greater security celebrations of religious minorities.

“Following the explosions claimed by the Islamic State in Kabul in recent days, which have killed or injured more than 120 people, the UN family in Afghanistan urges greater security for minorities so that Ashura – a Shiite holiday – – can be held without further attacks”, the mission has expressed on its Twitter account.

The Islamic State terrorist group has claimed responsibility for several attacks that have taken place in recent days in the Afghan capital, Kabul, and which targeted Shiite Muslims.

The latest of these attacks occurred this Sunday in the Chandawal district of Kabul, after a magnetic mine embedded under a city bus exploded, the Afghan chain Tolo reported.

The injured in this incident have been transferred to nearby hospitals, although the authorities have not given more information about the attack, for which no one has claimed responsibility so far.

On Saturday afternoon, an explosion on a road in the Pol e Sukhta district has claimed the lives of two people and injured 22 others, according to local authorities.

On Friday, another explosion in western Kabul killed eight people and injured 18 others, according to the aforementioned network.

These attacks have taken place on the eve of the celebration of Ashura, a festival of the religious minority in Afghanistan, the Shiites, which commemorates the martyrdom of Imam Hussein, grandson of the Prophet Muhammad.

Following the Taliban’s seizure of power in Afghanistan in August 2021, the Islamic State has carried out a series of deadly attacks, mainly targeting minority religious groups.

In a competition to get closer to the African continent, Antony Blinken arrived in South Africa

Free Fire: guide to get the "Megalodon Alpha" in your next games