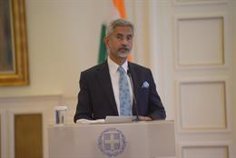 Russia says it will cooperate with new Sri Lankan authorities

The new president of Sri Lanka, Ranil Wickremesinghe, took office this Thursday, in a ceremony held a day after his election by Parliament and in the framework of anti-government demonstrations, whose main demands include his resignation.

Wickremesinghe, 73, has thus become the eighth president of the country after an act in Parliament before the head of the Supreme Court, Jayantha Jayasuriya, as reported by the Ceylonese newspaper ‘Daily Mirror’.

Likewise, he has informed the leaders of the different parties that his intention is to prorogue Parliament for another 24 hours to facilitate a “fresh ceremonial start”, as indicated by the deputy Mano Ganesan.

Sources close to the matter have also revealed that the Cabinet will be sworn in again this Friday, although everything indicates that it will be Dinesh Gunawardena who will take office as the country’s new prime minister.

The Cabinet will continue to work until a new Executive is agreed upon once Parliament has reconfigured itself. Subsequently, a reform will be carried out within the Government.

The authorities of Russia – a country to which the Sri Lankan government has asked for help in the past to address the economic crisis – have expressed their willingness to cooperate with the new authorities of Sri Lanka, according to the spokeswoman for the Ministry of Foreign Affairs, Maria Zakharova.

“We are ready to cooperate with the new Sri Lankan authority and we hope that in the near future the economic crisis in the friendly country will be overcome,” he said, according to reports from Russian news agencies.

The two countries, he pointed out, have “considerable potential to intensify trade cooperation.” In addition, Zajarova recalled that Sri Lanka is an “old partner” of Russia in South Asia and that both states have “similar approaches to current problems.”

On the other hand, hundreds of people have challenged this Thursday in Colombo a court ruling that prevented protesters from approaching less than 50 meters from the statue of Bandaranaike, the fourth Sri Lankan prime minister, who was assassinated in 1959.

Rajapaksa left the country for Singapore, with a previous stop in the Maldives, in the midst of massive demonstrations to demand his resignation due to the very serious economic and social crisis that the island is going through. Before resigning, he appointed Wickremesinghe, his prime minister, as interim president.

The former president gave in after months of protests over rising prices, lack of food, medicine and fuel, which has put the small Asian island in the face of its worst economic crisis since it gained independence from the British colonial yoke.

The popular revolution has brought down the Rajapaksa family, after Gotabaya forced his brother Mahinda to step down as prime minister in early May in an attempt to end the protests.

Free Fire OB35 altered all these weapons for your future games: find out what they are