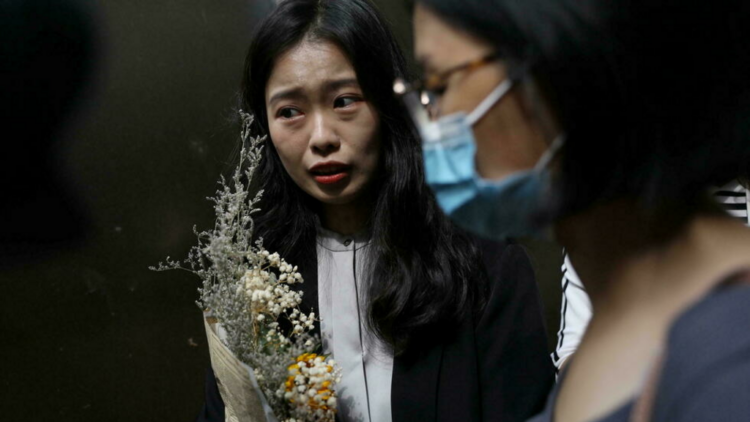 The complaint of Zhou Xiaoxuan, a 29-year-old woman who accused a star Chinese television presenter, was dismissed on appeal on Wednesday. Chinese censorship silenced criticism on the networks.

Zhou Xiaoxuan, whose pseudonym is Xianzi, is the name of the young woman who denounced the network’s star presenter CCTV Zhu Jun, for harassment and touching when she was an intern at the school. Her case has become one of the most emblematic of the movement #MeToo in China.

The young woman’s complaint was dismissed in September of last year, an avalanche of support and complaints flooded the networks. Despite the disappointment, the young Xianzi filed an appeal whose trial is held that Wednesday in Beijing. A few minutes ago the verdict was announced: the appeal was dismissed for not having sufficient evidence. A new blow to the Chinese feminist movement.

The media censorship to which this case has been subjected demonstrates the intention to silence not only the Xianzi case but the feminist movement in general.

In the Weibo social network it has been possible to follow the trial, but the comments in favor of the MeToo movement have been cut. The rest of the Chinese media have not spread it. Now social networks talk about fraud and the #MeToo movement (“Mi Tu” in Chinese, which means rice rabbit due to its similar sound to the English term) assures that they will continue with the fight, although the room for maneuver left to them is very little.

The initial complaint was filed in the name of an attack on bodily integrity, but the woman’s lawyers tried to reformulate it based on a new anti-harassment law voted in 2020.

Despite this legislation, Chinese women are wary of reporting cases of harassment and few end up in court.

One month after the first image of the Webb telescope, these are its best photos with incredible definition of the cosmos