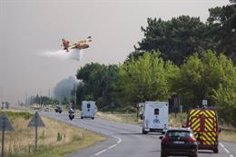 Abbas, on an official visit to Paris, advocates “a just and lasting peace” based on the two-state solution

The President of France, Emmanuel Macron, stressed on Wednesday that “there is no alternative” to a revival of the peace process between Israelis and Palestinians and has advocated the start of “direct political dialogue” to try to reach an agreement for peace “just and lasting”.

Macron, who received the president of the Palestinian Authority during the day in Paris, indicated during a joint press conference that “there is no alternative to relaunching the peace efforts, in the direct interest of the two peoples”, and has opted for “work together with partners of goodwill to reopen a credible political horizon.”

Thus, the French president has been “very honored” to receive Abbas and has pointed to the “common will to work together to open a path to peace” and “strengthen” the bilateral relationship. “I speak of peace, but unfortunately I have to remember that your visit takes place at a crucial moment, with the war that is shaking the European continent,” he said, before adding that “tension, violence and terrorism continue in the Middle Next”.

In this regard, he stated that “the situation in Jerusalem and the Palestinian territories is more than worrying” and praised the fact that the “efforts” of Abbas and other partners, including Israel, “were able to prevent an upsurge in violence on a from mid-2021.” “For how long?” He asked himself, before explaining that “in order to permanently eliminate this threat, which undermines the lives of Palestinians and Israelis, action must be taken”.

“The deep political causes of a situation in which the blockade has lasted too long must be addressed,” said Macron, who has criticized the “unilateral measures on the ground”, including the expulsion of Palestinians from their homes and the policy of settlements, which “prevent” the creation of a “viable and democratic” Palestinian state.

For his part, Abbas has also opted for “a just and lasting peace” based on the two-state solution, “by virtue of international resolutions”, while applauding France for its support for this path. to resolve the conflict and has said that he counts on Macron’s efforts to initiate efforts to reach a peace agreement.

The president of the Palestinian Authority has reiterated his willingness to work with France to achieve a peace agreement and has said that the goal must be the end of the Israeli occupation and the creation of a Palestinian state on the 1967 borders and with East Jerusalem. as the capital, according to the Palestinian news agency WAFA.

Abbas has also demanded an end to Israel’s unilateral actions, including the construction of settlements, and the application of previous agreements, while denouncing that Israel is trying to change the demographic, legal and religious character of Jerusalem, before asking the international community to intervene to proceed with the holding of presidential and legislative elections in the Occupied Palestinian Territories, postponed in 2021 due to Israel’s refusal to allow voting in East Jerusalem.

Abbas himself met on Friday with US President Joe Biden in the West Bank city of Bethlehem, as part of the regional tour launched on Wednesday by the White House tenant with his arrival in Israel. Likewise, the Israeli prime minister and foreign minister, Yair Lapid, met with Macron in Paris about two weeks ago, a meeting in which the French president defended the need to resume dialogue between Israelis and Palestinians, suspended since 2014.