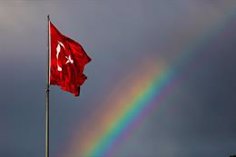 The emir of Kuwait, Nauaf al Ahmed al Sabah, has appointed this Sunday his eldest son, Ahmed Nauaf al Ahmed, as the country’s prime minister, after the monarch dissolved Parliament in June due to tensions and to replace the interim prime minister Sabah al-Khalid.

Crown Prince al Ahmed al Sabah, who took over most of the ruling emir’s duties late last year, appointed Sheikh Nawaf al Ahmed to the post in an emir decree.

Likewise, the crown prince has requested the prime minister to inform the National Assembly about the order and to publish it in the official gazette, as reported by the aforementioned agency.

The role of parents so that children respect others

Tools that will help us get more out of Stream games