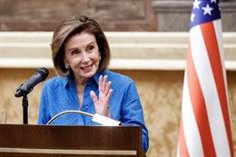 The Japan Meteorological Agency has declared this Wednesday the maximum alert for torrential rains in several prefectures in the central-eastern part of the country.

The agency has sounded the alert for Yamagata prefecture and Niigata prefecture, territory where the town of Shimonoseki is located, where up to 148 millimeters of rain per hour have already been recorded.

In this context, the authorities have warned that the risk of natural disasters such as floods, landslides or river overflows is high, with which the population has been asked to remain in a safe place.

Both prefectures have experienced heavy rains that have never been experienced before in several decades, and it is highly likely that serious disasters have already occurred, according to Japanese radio and television NHK.

“We are experiencing heavy rains like never before. It is extremely dangerous and corresponds to a ‘level 5’ alert. It is a situation in which you must immediately ensure your personal safety,” the head of the Forecast Division told the population of the Meteorological Agency, Ryuta Kurora.

“In the future, there is a possibility that other municipalities will receive special warnings of heavy rain, and it will be too late to evacuate. To protect the lives of those close to you and the lives of your loved ones, do not wait for the announcement of a special warning and immediately follow the evacuation information of the local government”, Kurora has settled.

From celebrity to astronaut: look who is preparing to go to space