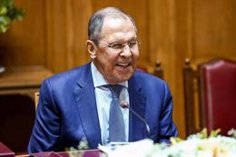 The new president of India, Droupadi Murmu, has taken office this Monday with a speech in which she has promised to work in favor of the “marginalized”, after becoming the first woman from an Indian tribe to accede to the Presidency.

“My election is proof that the poor in India can dream and make these dreams come true,” he said, before asking young people to “not only focus on their future, but lay the foundations for the future.” from the country”.

Murmu, 64, has conveyed his gratitude to the parliamentarians for supporting his candidacy and has stressed that these votes “are the expression of the faith of hundreds of millions of citizens of the country.” “The country has elected me as president at a crucial moment in which we celebrate the nectar festival of our freedom”, she has said, referring to a few days of the 75th anniversary of independence.

“I am also the first female president of the country who was born in an independent India. We have to work quickly to meet the expectations of our freedom soldiers, who made us citizens of an independent India,” she said, according to published excerpts of her speech. through the Presidency account on the social network Twitter.

The president also recalled that she began her life “in a small tribal town in (the state of) Odisha. In the context in which I grew up, it was a dream to achieve an elementary education, but despite many obstacles, my determination kept me firm and I was the first daughter of the town to go to university”, she highlighted.

“I belong to a tribal society and I have had the opportunity to be the president of India. This is the greatness of India, mother of democracy. It is the power of our democracy that a girl born in a poor house, in a remote tribal area, can attain the highest constitutional post in India,” he argued.

“Achieving the position of president is not my personal achievement, but the achievement of all the poor in India,” he stressed, before defending that it is a reflection “of the courage of the young people of India who are going down new paths.” “I am proud to lead a progressive India,” she added.

In this sense, Murmu has shown his “great satisfaction” at the fact that “those who have been in a situation of deprivation for centuries and those who have been marginalized from the benefits of development (…) see a reflection” in His person.

“My choice includes (…) a hope for the dreams and potential of tens of millions of women and daughters in the country,” he said. “Before the Constitution, I will carry out my duties with the utmost sincerity. For me, the democratic and cultural ideals of India and all its citizens will be my source of energy,” she stressed.

“I want all our daughters and sisters to become more and more empowered and continue to increase their contribution in all aspects of the country,” said Murmu, who has also opted to work to protect “nature’s resources” to boost India.

On the other hand, he has applauded the “containment, courage and cooperation” shown by Indian citizens during the “battle” against the coronavirus pandemic, which he has described as “the growth of strength and sensitivity as a society”.

Murmu was elected as India’s president after defeating opposition candidate Yashuant Sinha last week. The new president, from the ruling Indian People’s Party (BJP) became in 2015 the first woman to hold the post of governor of Jarjand.