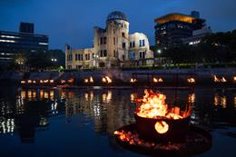 As the organization explained in a statement, the Cambodian authorities reportedly arrested dozens of union activists on strike and forcibly removed them from the strike site on public buses financed by Japan, transporting them to the outskirts of the capital or to places of COVID-19 quarantine.

“The Japanese government should promote the rights of overseas workers and not allow foreign aid to be used to undermine them,” he added.

This statement comes after the Cambodian company NagaWorld Casino laid off 1,329 workers in April 2021, since which time former employees have been protesting outside the casino in central Phnom Penh.

In this regard, on September 27, 2016, the Japanese government signed a grant program of almost 1.4 billion yen (almost 10 million euros) to donate 80 buses to Cambodia.

For this reason, HRW has asked the Japan International Cooperation Agency (JICA) to reveal whether the Japanese Executive had expressed concerns or taken any action regarding the misuse of buses by the Cambodian Government.

On the other hand, the NGO has detailed that the mass dismissal of NagaWorld Casino in April 2021 included the president of the Labor Rights Supported Union of Khmer Employees of NagaWorld (LRSU), Chhim Sithar, and other union leaders and activists. Since then, the union has demanded the reinstatement of sacked workers, particularly union leaders.

The International Covenant on Economic, Social and Cultural Rights, which Cambodia has ratified, establishes the right to strike, HRW recalled.

“The right to strike is a right that workers and their organizations, including unions and federations, have a ‘right to enjoy,'” he stressed in the letter.

The use of the vehicles by the Cambodian government to help forcefully break up peaceful union protests undermines workers’ rights to strike, freedom of expression, freedom of association and collective bargaining, the organization has insisted. .

“The Japanese government’s commitment to honor its development assistance charter will raise serious questions if immediate and effective steps are not taken to end the misuse of buses in Cambodia,” Kasai said.

“Tokyo should send a clear message to the Cambodian government that respect for human rights is fundamental to the bilateral relationship,” he added.

that any restriction to this right “must not be excessive”, and that the “legitimate exercise of the right to strike must not entail harmful sanctions of any kind, which imply acts of anti-union discrimination”.