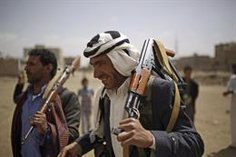 The NGO Human Right Watch (HRW) has demanded on Tuesday the president of Sri Lanka, Ranil Wickremesinghe, to end the use of anti-terrorist laws to attack peaceful protesters, while calling for the release of people under arrest.

This request has taken place after the country’s authorities have arrested three student activists who would have participated in a demonstration on August 18, 2022 under “the abusive” Prevention of Terrorism Law (PTA), which allows up to one year of detention without trial.

“Since he was sworn in as president on July 21 after then-President Gotabaya Rajapaksa fled and resigned, President Wickremesinghe has suppressed rights such as freedom of expression, association and peaceful assembly,” the organization’s statement reads.

“His administration imposed a month-long state of emergency, used security forces to violently disperse protesters, and arrested dozens of people participating in peaceful protests. Successive governments have reneged on promises to suspend use of the Law of Prevention of Terrorism and replace it with legislation that respects rights,” he added.

Said law was first adopted as a temporary measure in 1979 and contains numerous provisions that contravene international legal norms that have allowed arbitrary detention and torture, according to the NGO, which has detailed that it has been used repeatedly to attack government opponents. and members of minority communities.

“President Wickremesinghe’s use of anti-terror legislation to peacefully lock up people calling for reforms sends a chilling message to Sri Lankans that rights will not take precedence during his administration,” said Director for South Asia from HRW Meenakshi Ganguly.

“The president’s crackdown on dissent at home goes against his promises to allies abroad,” he added.

As prime minister in 2015, Wickremesinghe pledged to repeal the law when he supported a consensus resolution by the United Nations Human Rights Council. He reiterated the commitment in 2017, when Sri Lanka was readmitted to the European Union’s GSP+ scheme, which grants duty-free access to the Union market for Sri Lankan products in exchange for compliance with international human rights conventions. .

In July, then-Foreign Minister Gamini Pieris told the UN Human Rights Council that Sri Lanka was observing a “de facto moratorium on arrests made under the PTA.”

However, politicians and civil society organizations in Sri Lanka, including the Bar Association, have condemned the arrests. The Sri Lanka Human Rights Commission said that “no suspect exercising their fundamental rights under the Constitution should be unfairly treated as a terrorist.”

Some of Sri Lanka’s international partners, whose support the government is seeking to address the country’s economic crisis, have urged Wickremesinghe to end the crackdown on dissent and especially the renewed use of the PTA, according to HRW.

“President Wickremesinghe appears intent on ignoring calls from Sri Lankans for political reform and accountability, and from their allies abroad to improve respect for human rights,” Ganguly said.

“As people inside the country suffer from repression and economic hardship, Sri Lanka’s international partners must ensure that Wickremesinghe cannot ignore their message,” he added.

RACE advises against these four brands of child car seats