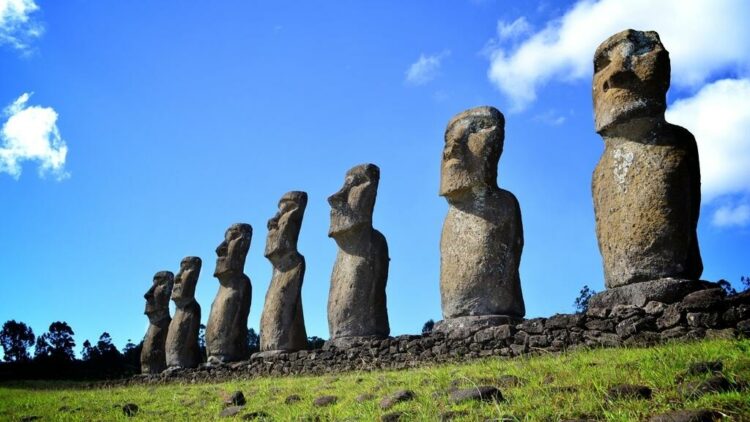 The first tourist flight arrives on Easter Island this Thursday after two years of border closures. A moment of great expectations for its 7,000 inhabitants, who live mainly from tourism, some 2,000 km from the Chilean coast in the Pacific. RFI spoke with Pedro Edmunds Paoa, Mayor of Rapa Nui, about this recovery opportunity.

The moai of Rapa Nui will have visitors again. The emblematic Easter monoliths have not received the public since the island evacuated all tourists in March 2020 and has remained closed since then, except for residents who managed to travel to and from Santiago de Chile.

“In Polynesia, the ‘tapu’ means total protection, prohibition and protection, total obedience. That is what we invoked the first days of March”, tells RFI Pedro Edmunds Paoa, mayor of Rapa Nui. He explains that during the more than 800 days of closure, strict self-care protocols were required of the population.

The mayor is very enthusiastic about the reopening, made official this Monday, August 1, after the population approved it by referendum by 71% in December.

Starting this Thursday and throughout the month of August, two flights per week will bring tourists to the island. In September there will be three per week. The increase in flights will be decided progressively.

Easter Island was one of the rare tourist destinations in the world not to reopen its borders in 2021. The closure was maintained while establishing health protocols to protect ancestral communities.

“The island is literally broke and people have zero income,” explains Edmunds Paoa. The situation worsened when “many small and medium-sized companies, with high expectations that Rapa Nui and the world were going to recover in 2021, turned to banks at the end of 2020 to request loans to survive and improve their conditions. And that has led them to get into debt, ”he laments.

The economic activity of the island depends on tourism by 80%, so they decided to resort to ancestral modes of economy and barter. “Rapa Nui put the circular economy into practice, sustaining us as our ancestors did with fishing and local agriculture, sharing everything,” details the mayor.

Initially, to land at the Mataveri airport, in the capital Honga Roa, it will be necessary to present an up-to-date anticovid vaccination card and a negative PCR test of less than 24 hours.

Fortnite Chapter 3: they discover a glitch that can make you win the games