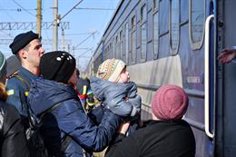 CIA chief William Burns has claimed there is no evidence to suggest Russian President Vladimir Putin is ill, amid speculation he may be seriously ill.

“As far as I can tell, he is too healthy,” Burns said during the Aspen Security Forum, before adding that his assessments “do not imply a judgment of (the services of) Intelligence”, as the newspaper has collected American ‘Political’.

Likewise, he stressed that the Iranian authorities should reconsider any possibility of delivering drones to Russia to support its military offensive against Ukraine, unleashed on February 24 by order of Putin, who days earlier had recognized the independence of the self-proclaimed republics of Donetsk and Lugansk. .

Iran’s government said last week that “lying and twisting the truth” is “common” among US politicians, before rejecting accusations that Tehran was responsible for the deaths of civilians in Ukraine.

In this regard, the spokesman for the Iranian Foreign Ministry, Naser Kanani, stressed that “cooperation between the Islamic Republic of Iran and Russia dates back to before the outbreak of the war in Ukraine and there have been no specific events in this regard in the period recent”.