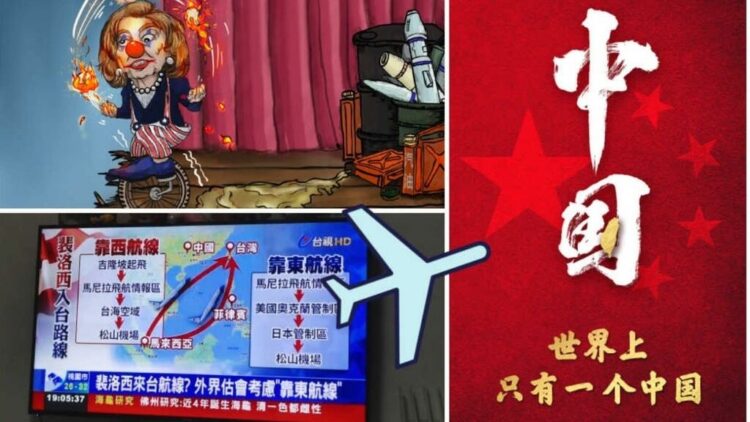 The Speaker of the US House of Representatives left Taiwan on Wednesday afternoon, wrapping up a controversial visit. In the networks, Chinese users lambaste the initiative of the American.

Nancy Pelosi’s plane, 82, has already taken off from Taiwan for its next destination in the Indo-Pacific region. However, the tension in the Taiwan Strait is maximum. The military exercises continue, with the worried eyes of the countries in the area, and the threats from Beijing announce that the episode has only just begun.

Chinese users on social media show deep anger at what they see as a US provocation. Many cheer to shoot down Pelosi’s plane and start a war against the Taiwanese.

Tempers are high among Internet users, who spread videos of the Chinese army in action and send messages of anger against the Americans.

Among the possible scenarios that are drawn as feasible after this act that the Chinese consider hostile and threatening against their territory, is the possible invasion of the island. Although, for the time being, the diplomatic movements seem to remain just one more demonstration of military power and control in the region.

Now, the delicate balance of relations between China and the US is broken, and Beijing could abandon diplomacy. The next few days will be decisive for this region.

Meanwhile, China said Wednesday that its planned military exercises near Taiwan are “necessary and legitimate” after Pelosi’s visit to the island.

Pokémon Scarlet and Purple show off the new Paldea region, Pokémon Koraidon and Miraidon, and teracrystallization