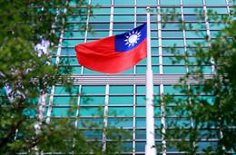 The Chinese authorities have sanctioned this Friday the Lithuanian Deputy Minister of Transport, Agne Vaiciukeviciute, after her visit to Taiwan in what Beijing has branded as a violation of the ‘one China’ principle that the Asian giant exercises over the territory.

“Vaiciukeviciute has seriously interfered in China’s internal affairs and undermined the country’s sovereignty and territorial integrity,” the Foreign Ministry said in a statement.

Thus, it has indicated that China “suspends all forms of exchange with the Lithuanian Ministry of Transport and Communications”, as well as cooperation with the country in international transport matters.

The deputy minister arrived on the island on Sunday despite warnings from China and the increase in tension caused by the visit of the president of the United States House of Representatives, Nancy Pelosi.

Since the visit of the US politician, China has been carrying out a series of military exercises in the vicinity of the island. The Chinese government rejects official contact between Taipei and third countries, considering that the island is one more province under its sovereignty.

Tension between China and Lithuania has increased in recent months, especially as Beijing downgraded diplomatic ties with the Baltic country after Lithuania allowed Taiwan to open an office in Vilnius, the capital.