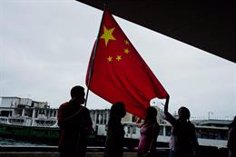 The Chinese Embassy in the Czech Republic on Wednesday condemned the visit to the country of a Taiwanese parliamentary delegation led by the Speaker of Parliament, You Si Kun.

In a statement, the diplomatic legation has pointed out that some Czech political parties are “undermining the political basis of relations between China and the Czech Republic”, while “trampling on the basic norms of international relations”.

You are scheduled to speak throughout the day before the Czech Senate, which will mark the end of a controversial three-day visit to the European country. Beijing has once again urged the United States and the European Union to end official contacts with Taiwan and “avoid supporting separatist movements on the island.”

In addition, he has asked Taiwan, which he considers one more province under his sovereignty, to “not aggravate the tension” between the two by maintaining contact with Western countries.

Following Japan’s defeat in World War II, Taiwan became part of China. Links between Beijing and Taipei were severed in 1949 after forces from the nationalist Kuomintang party, led by Chiang Kai Shek, suffered a defeat in the civil war against the Chinese Communist Party and moved into Taiwan.

Relations between Taiwan and mainland China were restored only on a business and informal level in the late 1980s. The Chinese government’s basic policy towards Taiwan is peaceful reunification under the “one country, two systems” principle.

More than 100 dead and 291 injured in inter-community clashes in Blue Nile, Sudan