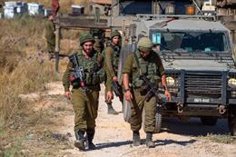 The Turkish intelligence services announced this Sunday the “neutralization” — a term that describes an incapacitated or dead enemy — of Sahin Tekintangaç, considered the leader of the Kurdish militias in Kobane, in the Aleppo region, north of Syria.

Tekintangaç, also known as ‘Kendal Ermeni’, was persecuted by Turkey, which accused him of participating in “terrorist activities” in the provinces of Agri, Kars, Bingöl and Bitlis, reports the newspaper ‘Hurriyet’.

Alias ​​’Ermeni’ was accused of being part of the Popular Protection Units (YPG), related to the Kurdistan Workers’ Party (PKK), at war with Turkey. Ankara is fighting these Kurdish forces both in Syria and in northern Iraq.

On the other hand, Turkey has also reported the arrest of a member of the Union of Kurdistan Communities, also related to the PKK, identified as Savas Çelik.

Çelik had been accused of organizing an attack on commander Arslan Kulaksiz in 2015, who was shot dead while in his vehicle.

This is why you shouldn't drink coffee before shopping