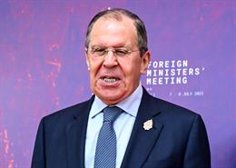 The Prime Minister of Cambodia, Hun Sen, has indicated in a conference of foreign ministers of the National Association of Southeast Asia (ASEAN) that the group could rethink the peace agreement agreed with Burma if the military junta that governs the country continues to execute prisoners.

“If more prisoners are to be executed, we will be forced to rethink our role with respect to the ASEAN Five-Point Consensus,” stressed the group’s prime minister and chairman, adding that Cambodia, as well as ASEAN member states , feel “deeply” disappointed by the repression and execution of activists and opponents.

Sen has added that although the implementation of the consensus has not progressed as everyone would like, “it has led to progress, especially in the provision of humanitarian aid to those who need it most”, as reported by the Cambodian state news agency.

Said agreement includes, among other points, the immediate end of the violence, the implementation of a constructive dialogue between all interested parties to seek peaceful solutions, as well as the appointment of a special envoy of the president of ASEAN to act as a mediator to promote the dialogue process.

The Secretary General of the United Nations, António Guterres, as well as other international actors, condemned in July the execution of four opponents by the Burmese military junta, including a former parliamentarian, and demanded the “immediate release” of those “detained arbitrary”, including former ‘de facto’ leader Aung San Suu Kyi and former President Win Myint.

The High Representative for Foreign and Security Policy of the European Union, Josep Borrell, is expected to co-chair this Thursday the annual ministerial meeting between ASEAN and the EU together with the Secretary of Foreign Affairs of the Philippines, Enrique Manalo, in a meeting at the which are expected to adopt a new action plan with deeper cooperation programs until 2027.

JLO reappears on stage with a spectacular benefit concert