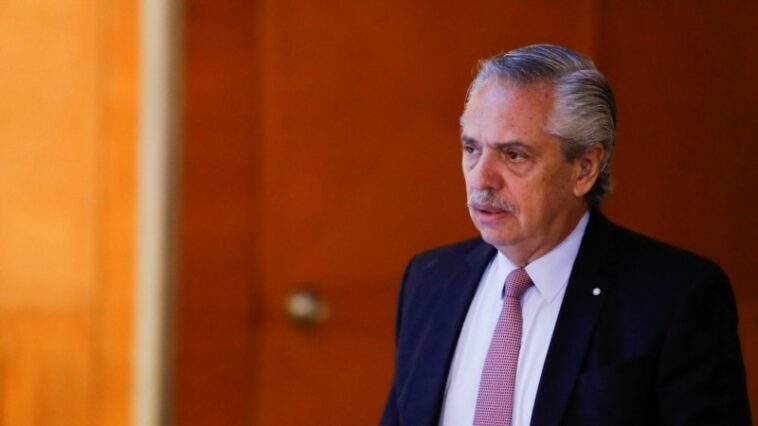 Argentine President Alberto Fernández promoted his country as a “reliable partner” to supply food and energy to the United States, at the same time that he promised Cuba to support an improvement in the island’s agri-food production capacity.

Both proposals took place on Wednesday during the bilateral meetings that the Argentine president held with the special presidential adviser for the Americas of the United States, Christopher Dodd, and the president of Cuba, Miguel Díaz-Canel, who attended the summit of CELAC that took place in Buenos Aires.

Although CELAC is a forum for political agreement that was born a decade ago at the impulse of the then president of Venezuela, Hugo Chávez, to differentiate himself from the Summit of the Americas and the influence of the United States, Fernández invited the US president Joe Biden to the meeting in the Argentine capital.

Before Dodd, sent by Biden, Fernández affirmed that in view of the consequences caused by the COVID-19 pandemic and the war in Ukraine, Argentina “presents itself as a reliable partner capable of supplying American consumers and contributing to food security and global energy,” according to a statement from the Argentine presidency.

No statements from Dodd were released.

A while earlier, the Argentine president reiterated to his Cuban counterpart Díaz-Canel the historic Argentine position against the US blockade of the island. At the same time, Fernández ratified the Framework Agreement for Cooperation for Agricultural Development, signed in January 2022 with the objective of increasing the productive capacity of small and medium-sized Cuban agricultural producers.

For his part, Díaz-Canel appreciated the work of Fernández as pro-tempore president of CELAC -the position has now been left in the hands of the Prime Minister of Saint Vincent and the Grenadines, Ralph Gonsalves- and considered that “new moments of hope are opening up for Latin America and the Caribbean”.