Argentina reaches 71% annual inflation, a record in the last 30 years 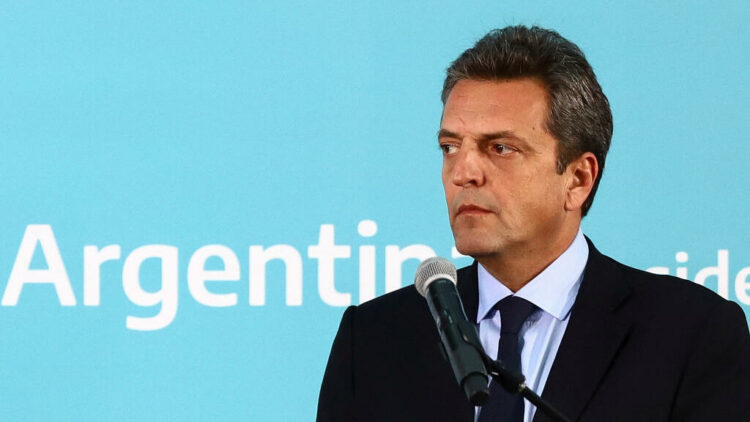 With 7.4% inflation in July alone, Argentina had the highest monthly inflation in 20 years and the highest annual inflation in 30 years. The country is facing an increase in utility rates and a likely currency devaluation that could push inflation above 100%. The current rate of price increases in Argentina is already the highest in the Americas, surpassing even Venezuela in July.

You have to go back more than 20 years to find a figure higher than 7.4% in July. It was in April 2002, three months after the country abandoned the so-called convertibility, the system of parity of the peso with the dollar at 1 to 1, in force for almost 11 years.

In the last 12 months, the increase in prices has been, on average, 71%. In this case, you have to go back more than 30 years, to January 1992, when the country had already adopted the fixed exchange rate regime that ended inflation after a traumatic hyperinflation.

According to the National Institute of Statistics and Censuses (INDEC), in the first seven months of 2022, the increase in prices reaches 46.2%, with July being the highest month, exceeding 6.7% in March, 6% in April, 5.1% in May and 5.3% in June.

While inflation rose 7.4%, wages only increased by half: 3.5%, indicating a trend towards a lethal formula that combines high inflation with recession.

The Central Bank of Argentina itself published last week the market expectations for 2022. The 30 main analysts in the country foresee an annual inflation of 90.2%, 14.2 points more than a month ago. And the ten most accurate analysts, the so-called TOP-10 of the country, predict 94.7%, 15.4 points more than what they evaluated in June.

These figures, however, may be conservative because, starting in September, increases in electricity, gas and water rates are expected. It is estimated that the increase could reach 300%. Another element that should fuel inflation is the expected devaluation of the Argentine peso.

“If we project the current rate of inflation for the coming months, we will end 2022 at 92% per year. But that figure is without readjusting utility rates and without adjusting the exchange rate. Therefore, it is very likely that we will reach 100% inflation,” economist Roberto Cachanosky, a leading figure in the country, told RFI.

The first consultant to project such a figure is one of the most recognized, the Foundation for Latin American Economic Research (FIEL), which forecasts an inflation of 112.4% for this year.

New dynamics of the crisis

In July, inflation rose two notches: from 5.3% to 7.4% as a result of an economy suffocated by fiscal, monetary and exchange rate inconsistencies, and in the face of a government that refuses to carry out the fiscal adjustment.

This resistance has led the country, in just one month, to have three Ministers of Economy, after the resignation of Martín Guzmán on July 2 and that of Silvina Batakis 24 days later. The current minister Sergio Massa, who has been in office for nine days, has not yet announced a stabilization plan, expressing only the objectives without explaining the strategies to achieve the goals.

The new minister, for example, guarantees that he will reduce the current primary fiscal deficit from 4% to 2.5% of the GDP foreseen in the agreement with the IMF. However, he has not revealed how he will achieve this feat with only five months left in the year.

Sergio Massa, a politician with a law degree, needs the support of an economist recognized by the market, but so far none has accepted the post of deputy minister.

Political uncertainties were the trigger for the depreciation of the Argentine peso against the parallel dollar, the only market to which Argentines have access. And the dollar in Argentina is a reference for prices.

“In Argentina, a good part of governance is the management of the peso-dollar relationship. Whoever does not know how to manage that point has difficulties in governing. So the dollar in Argentina is an economic issue, but also a political one,” explained to RFI the analyst Gustavo Marangoni, former president of the country’s second largest bank, Banco Provincia.

“The Argentine has the dollar as a reference. He thinks in dollars. Those who have the capacity to save, save in dollars,” he adds.

At the same time, due to the shortage of Central Bank reserves, the government has made it difficult for importers to access dollars, complicating local production and strengthening the parallel market.

As a consequence of the expansive wave in July, the current month of August is already part of a minimum of 6% inflation.

The core of the problem in Argentina is a gigantic fiscal deficit, financed with an unbacked monetary issue. The mountain of money printed by the Central Bank turns into inflation and exchange rate pressure.

The reserves available in the Central Bank are only about 1,000 million dollars, enough for the next two weeks of imports.

“Without devaluation, reserves will run out. With this level of reserves, if there is no devaluation, there will be a shortage of dollars for imported inputs and, without being able to import components for local production, the economy will come to a standstill,” warns Cachanosky.

Despite the emergency situation, the Government seems to be betting on an old recipe: a new price freeze.

President Alberto Fernández announced that he will convene businessmen and trade unionists for a new price and salary agreement, the third time he has tried the same recipe in his current term of office that began in December 2019, in which accumulated inflation reaches 201.6% .

“It’s the same old failed recipe. The Argentine economy needs a drastic fiscal adjustment shock, but the government prefers to stretch the situation as long as possible until the October 2023 elections. It seems very difficult for them to stretch it that far,” said Cachanosky.

According to political analysts, Massa wants to hold out until the elections in October next year and leave the political cost of an adjustment to the next government.

“Sergio Massa wants to control the game, but not turn it around. We are losing the game 4-0. Massa enters the field to secure this score, to avoid a higher score. It is not to win. The plan is to lose the elections of the next year with 35% of the votes and leave chaos for the next president. With 35% of the votes, they get enough presence in Congress to block the next government,” political analyst Jorge Giacobbe explained to RFI.

“But the abyss may appear first. Perhaps this proximity to the abyss is what leads them to take measures that they would not otherwise take. Perhaps it is the seriousness of the situation that motivates more forceful measures,” reflects Gustavo Marangoni.

Leader in the inflation ranking

Meanwhile, monthly inflation in Argentina is the highest in the Americas. The 7.4% in July even exceeded the 5.3% in Venezuela.

If we exclude Venezuela (139% in 12 months), Argentine inflation is seven times higher than that of the other countries with the highest inflation in the last year.

A single month in Argentina is equivalent to, or even exceeds, a year of inflation in neighboring countries.

The Taliban shoot out a women's demonstration in Kabul