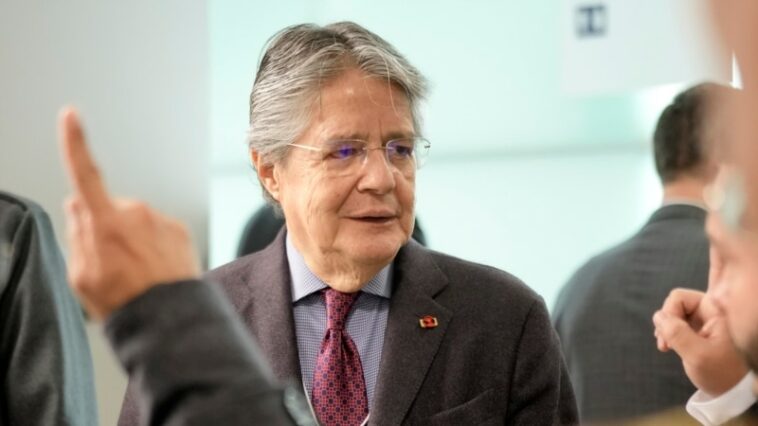 The Secretary for Public Anti-Corruption Policy, Luis Verdesoto, resigned on Monday amid accusations and an investigation into an alleged case of corruption in the state electricity sector involving a brother-in-law of President Guillermo Lasso and which is eroding the credibility of the Executive.

The Secretary of Communication of the Presidency, in a statement, confirmed the resignation of the official and qualified that the anti-corruption task and public policies on the subject must be reinforced “more than ever, with greater depth, support and agility both in diagnoses and in the suggested solutions.

Verdesoto became the Anti-Corruption Public Policy Secretary at the beginning of May of last year.

President Guillermo Lasso in a radio and television channel, on Sunday night assured that “there is no organized structure in the government, a criminal structure as has been said, to produce acts of corruption.” He defended that “that is not true.”

He added that what exists “is an alleged act of corruption by a former government official,” he said in reference to Hernán Luque, who had the functions of manager of the company coordinating public companies until November 2022 -including those of the electricity sector- and who appeared in some audios in which he is heard negotiating positions in Lasso’s cabinet in exchange for payments of thousands of dollars.

Lasso admitted in the interview on Sunday that he “did not trust him” and that is why he left the government. The former official left the country in January and the president ordered a search for him, after the leak of the audios, as stated in a letter sent by Lasso to the attorney general, Diana Salazar.

He also ordered the police to locate the alleged accomplice of Luque, Rubén Chérrez, who is the other person heard in the audios, in the national territory or abroad of those involved.

The Prosecutor’s Office, for its part, opened an investigation into the so-called ‘Case Encounter’alluding to the slogan used by the government of Guillermo Lasso in his administration, and ordered last week to carry out several raids on the homes of those allegedly involved.

The Venezuelan journalist Andersson Boscán -who has lived in Ecuador since his childhood-, from the digital media La Posta, denounced two weeks ago that public officials had requested large sums of money to allegedly benefit Danilo Carrera, Lasso’s brother-in-law.

The aforementioned, who rejected the journalistic investigation and demanded that evidence be delivered that involves him, initiated a legal claim for compensation for moral damages against the journalist for $500,000.

Verdesoto’s departure coincides with the revelation of The post of a new audio file, where the voices of Carrera, a relative of the president, and Chérrez are allegedly heard talking about the appointment of a minister of state, although they do not give names or other details.

After the journalistic revelations, Boscán warned that in the vicinity of his office threats were painted on the walls and he replied that he is not afraid of going to court.