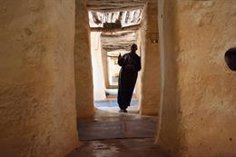 The American nun Suellen Tennyson, kidnapped in early April in central Burkina Faso, has been released, according to local religious authorities who have confirmed that the hostage is in good health.

The 83-year-old victim was kidnapped in the Burkina Faso town of Yalgo, located in Kaya province, without any group publicly claiming responsibility for the assault.

The Bishop of Kaya, Théophile Naré, has confirmed in a statement the release of the nun, although he has said he has no information on the “conditions” in which it would have occurred, according to the Burkina Faso radio station Radio Omega.

Violence has increased in recent years in the African country, led since January by a military junta. Terrorist groups linked to both Al Qaeda and the Islamic State operate in the area.