Amnesty International and Human Rights Watch have criticized the Lebanese political authorities for obstructing the investigation into the massive Beirut port explosion in August 2020, beginning with the campaign by the Shi’ite party-militia Hezbollah and the Shi’ite AMAL party against its investigating judge, Tarek Bitar, translated into a series of petitions for recusal against the magistrate, and which ended up paralyzing the process in December 2021.

“The Lebanese authorities have made it clear that they are not interested in the truth and that they will use all the tools at their disposal to obstruct the internal investigation and protect the politicians accused in the case,” the North African section of Amnesty International denounced on Thursday. your Twitter account.

More than two years after the enormous detonation in the port of the Lebanese capital, which left at least 218 dead and 6,500 injured, the lack of results in the investigation has caused enormous social tension that adds to the economic one that is shaking the country. for years. Bitar’s efforts to call ex-ministers linked to the explosion to testify have failed due to the slow process to withdraw their immunity while the magistrate has been constantly accused of behaving in a sectarian and partisan manner.

In its message, Amnesty finally took the opportunity to condemn as “absurd” the fines against the participants in a protest by the relatives of the victims, who threw stones at the Palace of Justice while demanding the reactivation of the investigations while “two and a half years later for an explosion that decimated half the city, no one has been held responsible”.

For its part, Human Rights Watch considers, in general terms, that the case of the Beirut explosion “has clearly illustrated the lack of independence of the Lebanese judiciary and its susceptibility to political interference.” The NGO also warns that the announcement made in September by the Ministry of Justice and the Superior Council of the Judiciary to appoint a substitute judge is a measure that could be considered illegal by experts and magistrates consulted by the group.

Like Amnesty, HRW calls on the international community to make an effort to speed up the investigations, as promised at the time by the President of France, Emmanuel Macron, whom the NGO accuses of having failed in his “promises with neocolonialist overtones” to relatives of the deceased and survivors of the great explosion of the port. 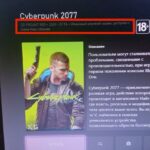