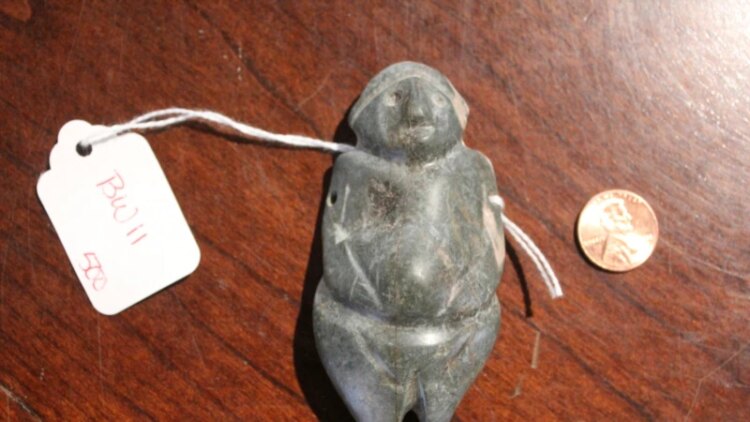 Small antique sculptures that have been collecting dust in a storage box in Albuquerque will return to Mexico, where they are intertwined with the identity of indigenous communities.

The Albuquerque Museum Foundation celebrates the repatriation of a dozen sculptures in a ceremony Wednesday. The local Mexican Consulate will receive Olmec greenstone sculptures, a figure from the city of Zacatecas, bowls that were buried in tombs, and other clay figurines dating back thousands of years.

Native, indigenous and African communities are pressing for museums, universities and other institutions to repatriate items that are an important part of their cultures and histories.

The foundation’s president and CEO, Andrew Rodgers, said returning the sculptures that had been in storage for 15 years was the right thing to do. Even the foundation’s board of directors agreed. But some outside his organization had a different idea.

“Yeah, we ran into a couple of people who suggested, ‘Oh, they should sell this’… ‘They might not be worth a lot, so keep them,’ or ‘Mexico doesn’t really care about this kind of stuff,'” Rodgers said.

Mexico, however, cares a lot.

“We appreciate and acknowledge the steps taken by the Albuquerque Museum Foundation to voluntarily return these archaeological pieces to the Mexican nation,” Mexican Consul Norma Ang Sánchez said in a statement. “They are important elements of memory and identity for our native communities, and we are pleased that they are recovered.”