Unions reconcile claims to be presented to the government 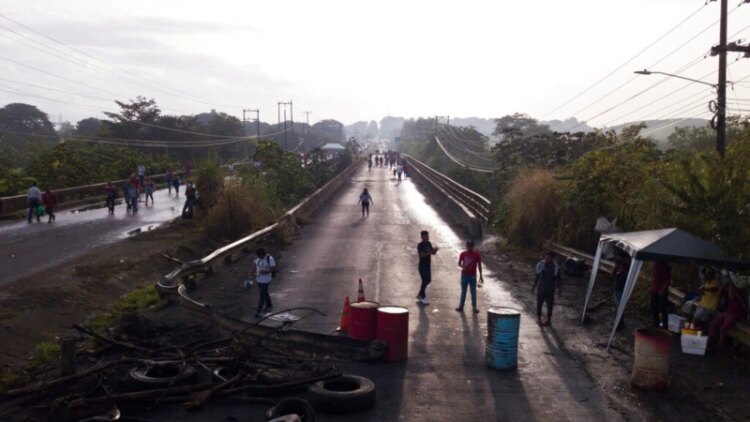 Teachers’ and union leaders from Panama agreed on Thursday eight priority issues that they hope to discuss with the government at a single dialogue table in a new attempt to put an end to protests over the high cost of living that have shaken the Central American country for three weeks.

Among the points are the reduction and freezing of the price of fuel and food, as well as addressing issues of transparency in public administration and corruption. The government of President Laurentino Cortizo has already announced the freezing of gasoline for all citizens at a price cap of $3.25 a gallon, as well as a series of basic food products, but the measures have not calmed the discontent in the streets and road blocks.

The dialogue table which is celebrated in the central province of Coclé, with the Catholic Church as facilitator, is the most inclusive of the efforts that have been made to find a way out of the social crisis. The leaders of the protests said the day before that they hope to present their reconciled demands to the government on Thursday, which has not made a statement so far.

The dialogue is made up of educators, labor unions and social and indigenous organizations that have been involved in the protests, whose catalyst was the sharp increase in fuel and food prices in recent months.

The mobilizations and road closures throughout the country have left food shortages in the capital, while the western provinces have suffered from a lack of fuel and medical, agro-industrial and essential supplies, according to the authorities.

The protesters agreed Wednesday night to temporarily clear the main cutoff points along the Pan-American highway that connects with Costa Rica so that trucks with food, fuel and supplies reach their destination.

However, the caravan with merchandise was held by a group of people at a point in the western province of Chiriquí. Transporters told local media that there were armed men and prevented them from moving forward.

The aggressors were identified by the Public Ministry, which ordered the arrest of two of them, who apparently led the group. The attorney said in a tweet that the two men will be charged with the crime against the Administration of Justice (Apology for Crime) to the detriment of the Panamanian State.

After overcoming the mishap, the caravan of a hundred trucks with food to supply the country’s main food market, in the capital, advanced through the central provinces.