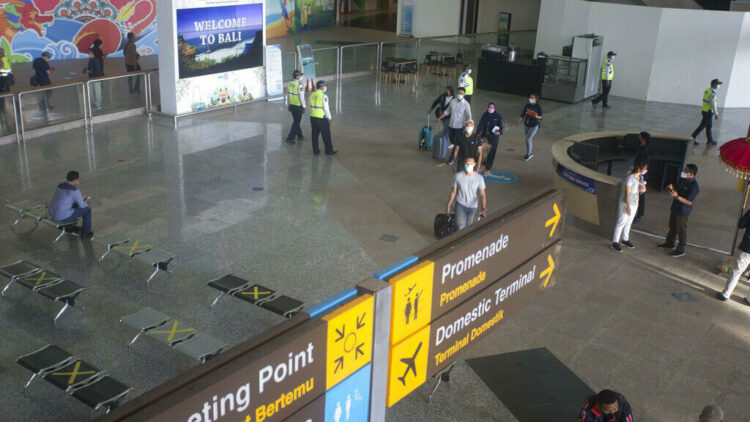 The family of transgender activist Rodrigo Ventocilla demands justice. The tourist, who was traveling on his honeymoon with her husband, died two weeks ago after being arrested in Bali for alleged possession of marijuana. The activist’s lawyers denounce torture by the Indonesian authorities and the Peruvian consul for not having assisted his compatriots.

In Peru, the family of Rodrigo Ventocilla asks for justice. This 32-year-old transgender activist lost his life in Bali, Indonesia on August 11.

Ventocilla had been arrested four days earlier -on August 6- along with her husband, Sebastián Marallano, at the airport for alleged illicit possession of marijuana. The couple was hospitalized a day after their arrest with symptoms of drug overdose, and Rodrigo Ventocilla died at the hospital where the police had sent him.

Rodrigo Ventocilla Ventosilla, a 32-year-old Harvard Kennedy School student from Peru, died on Aug. 11 while in police custody at a hospital in Denpasar, Indonesia. His family of him alleges he was mistreated and discriminated against by police. https://t.co/aPptMGuzQc

For Ventocilla’s lawyers, the youths were induced to take barbiturates by their jailers to put an end to the suffering caused by human rights violations and torture.

The lawyers denounce the Indonesian authorities for torture and the Peruvian consul for failing to fulfill his duty in what they consider to be a case triggered by gender discrimination.

“According to Sebastian’s own account, the survivor, they were subjected during these arrests to a series of abuses due to their sexual identity,” he told RFI Julio Arbizú, family lawyer.

The victim’s lawyer also filed a complaint against the Peruvian consul in Jakarta. “The day after the events began to occur, the family contacted the Peruvian consulate and was told that Sebastián and Rodrigo were subjected to very serious extortions, that there was an excess in withholdings, that they were incommunicado and of course the They transmitted the gender identity factor of both, in a country that is absolutely conservative and the consul did not move immediately as required by the Peruvian norm from Jakarta to Bali, but waited 5 days when Rodrigo had already died, “the lawyer denounces.

Rodrigo Ventocilla’s family now awaits the autopsy of his body, while denouncing abandonment by the authorities and a re-victimization of the deceased. Indonesia, for its part, maintains that there was no discrimination and that the rights of Peruvians were respected.

Pakistan pays a heavy price for climate change caused by other