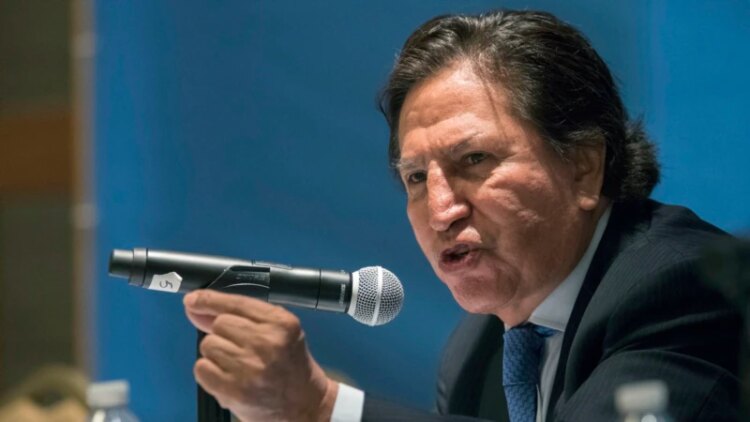 The US Justice Department announced on Wednesday the return to Peru of some $686,000 seized from criminal funds related to a corruption and bribery case of former President Alejandro Toledo by the Brazilian construction conglomerate Odebrecht.

The funds, recovered in a lawsuit in New York district court, were held in a Bank Of America account under beneficiary The Havenell Trust and were traced to a related case.

The United States alleged that Toledo, who ruled Peru from 2001 to 2006, solicited millions of dollars in bribes from Odebrecht to award contracts for a highway between Peru and Brazil called the South Interoceanic Highway, the statement said.

Odebrecht made the payments to Toledo through accounts held by the president’s conspirators. An amount of approximately $1.2 million was used by Toledo and his family to acquire properties in Maryland under a scheme designed to hide Toledo’s identity and his relationship with Odebrecht.

The seized funds represent proceeds from the sale of the property in Maryland, money previously laundered through a trust and a bank account controlled by Toledo, the Justice Department explained.

According to the note, the FBI investigated the cases that led to the seizure of the funds and the Peruvian government provided extensive assistance.

“This case is an important example of the international cooperation necessary to address foreign corruption in which illicit funds are brought into the United States,” said Kenneth Polite, Jr., assistant prosecutor in the Justice Department’s Criminal Division.

He added that “the department is committed to doing its part to recover and repatriate these funds from corruption as appropriate.”

For his part, US Attorney for the Eastern District of New York, Breon Peace, noted that “civil forfeitures play a major role in depriving criminals of their ill-gotten gains, regardless of their category and despite their efforts to hide the crimes. committed abroad”.

Would you participate in this curious battle of tomatoes? Meet Tomatina