The state of Kansas maintains the right to abortion 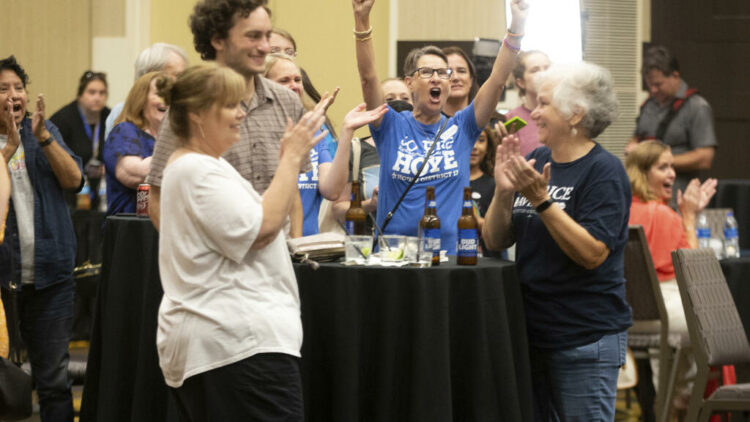 Kansas voted Tuesday in favor of preserving the right to abortion in the first popular consultation on the subject since the Supreme Court of the United States ended the federal right to that procedure in June.

There will be no restrictions on the right to abortion in Kansas. Voters in this conservative central US state voted overwhelmingly against abortion rights in a hotly contested referendum.

It was the first popular vote on the issue since the Supreme Court ended constitutional protection of the right to voluntary termination of pregnancy in late June. And it was an event abortion rights advocates didn’t miss, reports our Washington correspondent Guillaume Naudin.

Based on partial results from more than 80% of the ballots, more than 60% of Kansas voters opposed a proposed amendment to the state constitution that protects abortion rights. This roughly matches the proportion of support for abortion in national polls.

And yet Kansas is a state that Donald Trump won by a wide margin in 2020. So this is a huge setback for anti-abortionists. It should also be noted that the topic was widely mobilized, since the participation was much higher than usual.

This gives hope and ideas to Democrats who want to make abortion a key issue in the upcoming midterm elections in November. And it continues to make Kansas a haven for women seeking abortions, when a dozen states already have highly restrictive legislation.

“We rejected divisive legislation that jeopardized our economic future and put women’s access to health at risk,” she added.

Kara Miller Karmas, a resident of Leawood, Kansas, said she went to the polls to maintain the “status quo” because she considers it “unacceptable” that her daughters grow up with fewer rights than she had.

Although the “no” supporters won a clear victory in Kansas, they are eyeing with anxiety the neighboring states of Missouri and Oklahoma, which have imposed near-total bans. Missouri, for example, does not allow exceptions for rape or incest.

Other states, including California and Kentucky, are due to vote on the issue in November, coinciding with midterm congressional elections in which Republicans and Democrats hope to mobilize their supporters around abortion.

The result in Kansas means that abortion will continue to be allowed until 22 weeks of pregnancy. Parental consent is required for minors.