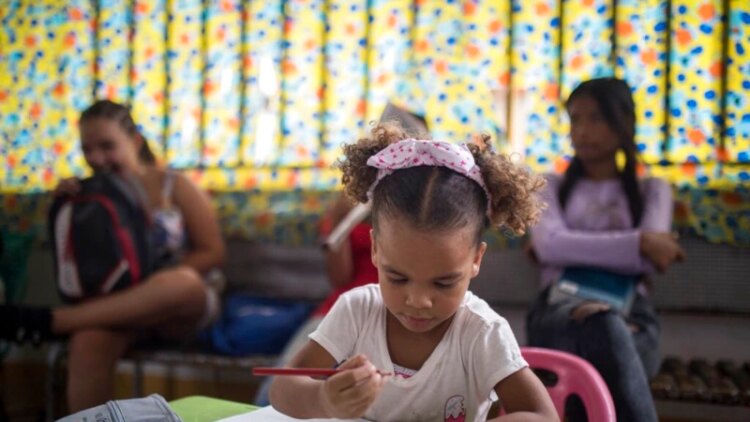 Migration Colombia reported on Tuesday that the number of Venezuelans in the country increased by 34%, compared to the previous measurement, going from 1.8 million in August last year to 2.4 million this year.

As explained by Juan Francisco Espinosa, director of the migratory entity, of this total, 59% are women and 49% are men, and more than 70% of them are between 18 and 59 years old, of productive age.

Another factor highlighted by the entity is that the number of irregular migrants or those who do not yet have a legal status decreased, going from 315,643 to 295,038.

The Colombian city with the highest concentration of Venezuelans continues to be Bogotá, with 20%, followed by Medellín and Cúcuta. As Espinosa explained, the concentration in “big cities” is due to “dependence on informal markets.”

Results of the Statute

In addition to providing an X-ray of the situation of Venezuelans in Colombiaa, the immigration authority pointed out that a little over a year after the implementation of the Temporary Protection Status1.2 million migrants have already received the card that gives them this benefit and that, according to surveys carried out by the entity, 67% intend to settle in the country.

Health and education authorities also gave a positive report in the most recent year.

According to María Andrea Godoy Casadiego, deputy minister of Social Protection, in 2021, 426,000 Venezuelan migrants were affiliated with the health system and it is expected to have almost a million by the end of the year.

In the case of students enrolled in the educational system in initial education, the figure reaches almost 600,000 until June this year.

On the other hand, Andrew Selee, president of the Migration Policy Institute (MPI, for its acronym in English) pointed out, during the event, that Colombia is seen as a “model” in migration policy, but highlighted that, according to a survey, 15% of Venezuelans still feel discriminated against in Colombia and that more than 40% have difficulties accessing financial services, housing, health and work.

Therefore, the MPI spokesman said that it is recommended that migrants study and work “as soon as possible” to reintegrate them into society and “strengthen the mechanisms to overcome barriers.”

Russia resumes gas supplies to Germany, but there are doubts about future pumping