President of Peru says he will denounce a TV program 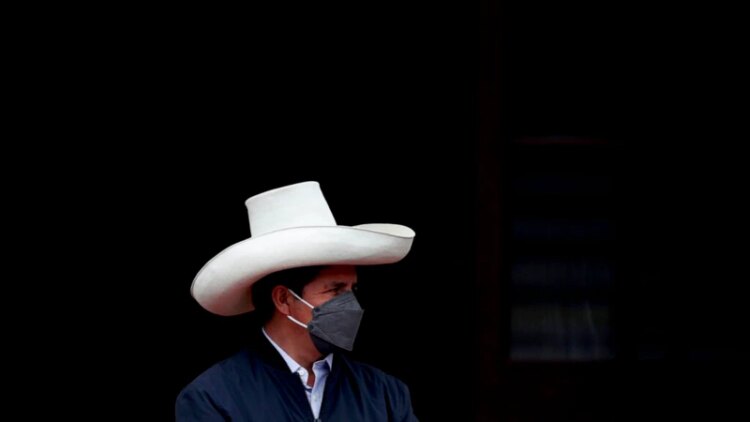 The Peruvian President Pedro Castillosaid on Sunday night that he would denounce a television program that indicated hours before that the president would have received 7,600 dollars in 2021 for appointing an economist as a member of the board of directors of the Peruvian state oil company, Petroperú.

It is the first time that the president has announced that he will denounce a journalistic medium. Castillo said on his Twitter account that Panamericana television’s Sunday program Panorama “spreads false news whose sole purpose is to deceive and manipulate citizens.”

The president indicated that he will make the complaint “as a citizen and as president of the Republic” and called for “a serious investigation to clarify this falsehood.” Castillo has five investigations open by the prosecution, four of them linked to alleged crimes of corruption and another for possible plagiarism in his 2012 master’s thesis.

The Sunday night program Panorama specified that it collected the statements of the former secretary of the president, Bruno Pacheco, who surrendered to justice on Saturday after almost four months on the run. Pacheco is investigated for the alleged crime of corruption. In November, prosecutors found $20,000 in his office inside the presidential palace.

In the prosecution’s hypothesis, President Castillo is the alleged leader of a criminal organization that received public works money. The organization would be made up of former Secretary Pacheco, two nephews of the president and a former Minister of Transportation. After his delivery to justice, Pacheco seeks to become an effective collaborator and will depend on his accusations attached to hard evidence in order to obtain future sentence reduction benefits.

According to Panorama, the former secretary told prosecutors that in September 2021 he gave Castillo $7,600 in an envelope sent to him by a friend of the president —Fermín Silva— grateful that one of his recommendations, the economist Hugo Chávez, was appointed as a member. of the board of the state oil company Petroperú.

Pacheco said that he also received another envelope with 3,800 dollars from the president’s friend because the former presidential secretary had to convince the Minister of Energy and the president of the Petroperú board of directors of the appointment.

Chávez was appointed general manager of Petroperú in October.

Neither Silva nor Chávez had made a statement about the accusations at the moment.

The differences between Castillo and the local press, especially the capital, are frequent. During his speech on Thursday before Parliament for the national holiday, the president accused the press of being bent on “destabilizing” his government and said that he is in charge of misinforming Peruvians. The president has presented a bill to imprison with up to four years in prison those who spread the investigations of the prosecution in the media.

RUSSIA Their young people die in the Ukraine; many Tatars want to break away from Moscow