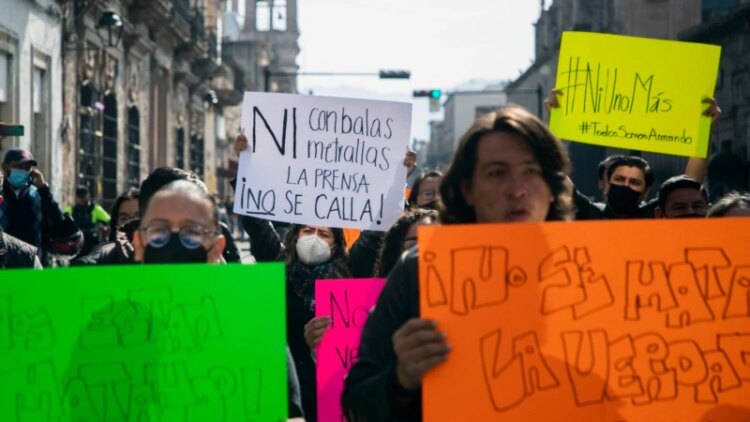 A journalist was killed along with two people in a shooting that took place in a bar in central Mexico, the media reported on Wednesday. With his death, there are already 13 communicators killed so far this year, already considered the deadliest for the Mexican press.

Ernesto Méndez, director of the news portal Tu Voz, was shot to death Tuesday night in a bar owned by his family in the town of San Luis de la Paz, in the central state of Guanajuato.

The murder of Méndez and two other people was confirmed by the state governor, Diego Rodríguez Vallejo, who said on his Twitter account that he instructed the state authorities to support the journalist’s family and follow the case to clarify it and do justice. .

Article 19, an NGO dedicated to the defense of the press, published on its Twitter account that the crime occurred when an armed commando broke into the bar and shot Méndez, who had previously received threats.

Méndez also worked three years ago as a contributor to the Zona Franca news portal, according to the outlet’s director, Carmen Martínez.

The organization asked the mechanism for the protection of human rights defenders and journalists to contact Méndez’s relatives and colleagues to grant them protection measures, and demanded that the Mexican State act urgently to stop the deaths of journalists.

Mexico is the most violent country in the Western Hemisphere for the practice of journalism, according to the Committee to Protect Journalists, a New York-based activist body for the protection of the press.

Some governments and the Inter-American Press Association have strongly condemned the murders of journalists in Mexico and have called on the international community to demand that the authorities act more seriously in the cases.